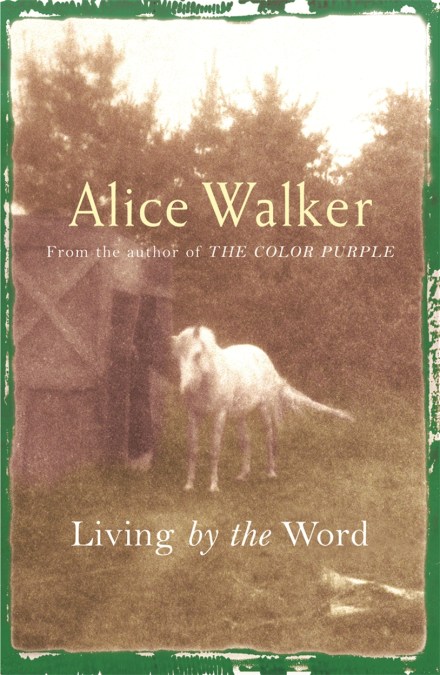 Alice Walker: Living by the Word

Living by the Word is a memorable collection of essays, letters and journal extracts from Pulitzer Prize winner, Alice Walker.

In her own immaculate prose, Alice Walker opens an intimate window to her world – whether it be her troubled relationship with her father, her upbringing amidst the poverty of rural Georgia, her daughter Rebecca, or simply her joy in choosing plants for her garden, planning the colours of her home, or relishing the taste of freshly picked vegetables.

In other essays she explores themes such as the nature of dreams, justice, folklore and the role of ancestors. She details the story of Dessie Woods who was sent to jail for murdering her would-be rapist and highlights the role of racism and prejudice in the law’s treatment of black women.

Finally we travel with her on her journey to China, to Bali, and a visit to Nine Miles – the birthplace of the legendary Bob Marley. 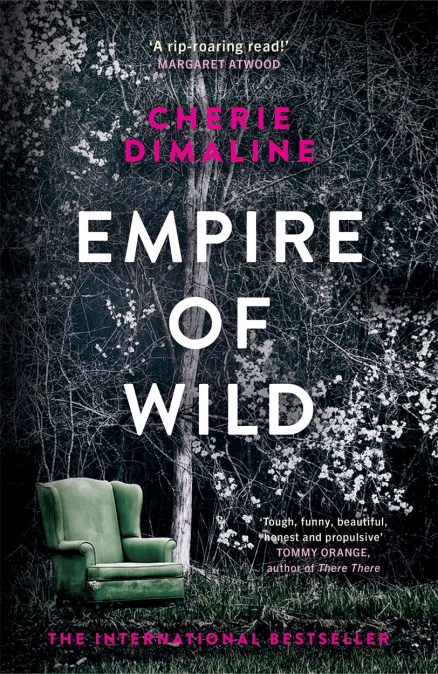 by Cherie Dimaline
A #1 INTERNATIONAL BESTSELLER
One of the most anticipated books of the summer for Time, Harper’s Bazaar, Bustle and Publishers Weekly

‘Empire of Wild is doing everything I love in a contemporary novel and more. It is tough, funny, beautiful, honest and propulsive’
Tommy Orange, author of There There

‘Close, tight, stark, beautiful – rich where richness is warranted, but spare where want and sorrow have sharpened every word. Dimaline has crafted something both current and timeless’
NPR

‘Revelatory… Gritty and engaging, this story of a woman and her missing husband is one of candor, wit and tradition’
Ms. Magazine

Broken-hearted Joan has been searching for her husband, Victor, for almost a year – ever since he went missing on the night they had their first serious argument. One hung-over morning in a Walmart parking lot in a little town near Georgian Bay, she is drawn to a revival tent where the local Métis have been flocking to hear a charismatic preacher. By the time she staggers into the tent the service is over, but as she is about to leave, she hears an unmistakable voice.

She turns, and there is Victor. Only he insists he is not Victor, but the Reverend Eugene Wolff, on a mission to bring his people to Jesus.

With only two allies – her Johnny-Cash-loving, 12-year-old nephew Zeus, and Ajean, a foul-mouthed euchre shark with deep knowledge of the old Métis ways – Joan sets out to remind the Reverend Wolff of who he really is. If he really is Victor, his life and the life of everyone she loves, depends upon her success. 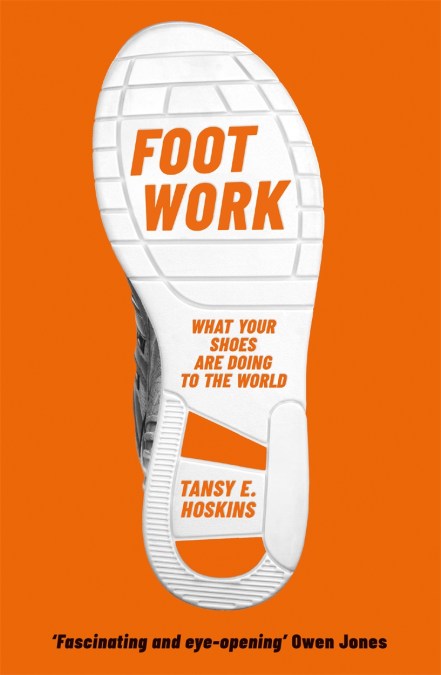 by Tansy E. Hoskins
From the author of STITCHED UP: ‘Makes a strong case for nothing less than a revolution’ Emma Watson

DO YOU KNOW WHERE YOUR SHOES COME FROM?

DO YOU KNOW WHERE THEY GO WHEN YOU’RE DONE WITH THEM?

In 2018, 66.3 million pairs of shoes were manufactured across the world every single day. They have never been cheaper to buy, and we have never been more convinced that we need to buy them. Yet their cost to the planet has never been greater.

In this urgent, passionately argued book, Tansy E. Hoskins opens our eyes to the dark origins of the shoes on our feet. Taking us deep into the heart of an industry that is exploiting workers and deceiving consumers, we begin to understand that if we don’t act fast, this humble household object will take us to the point of no return. 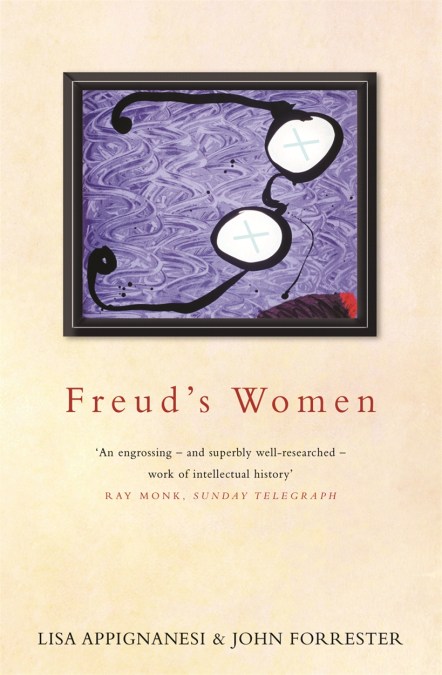 by Lisa Appignanesi by John Forrester
A groundbreaking book which explores the impact of women on the development of Freud’s ideas.

No modern writer has affected our views on women as powerfully as Sigmund Freud. And none has been so virulently attacked for both his theories of femininity and for his alleged elevation of personal prejudice to universal pronouncement.

FREUD’S WOMEN examines that bold collaboration with his female patients which made psychoanalysis as much their creation as the young Viennese doctor’s. It explores Freud’s family life, his relations with daughter Anna, his ‘Antigone’, and his friendships with his followers. From the writer and turn of the century ‘femme fatale’, Lou Andreas Salome, to the socialist feminist, Helene Deutsch, early theorist of femininity, to Princesse Marie Bonaparte, who moved from couch to royal court with amazing facility and became head of the French psychoanalytic movement, Freud’s women friends and pupils were extraordinary. 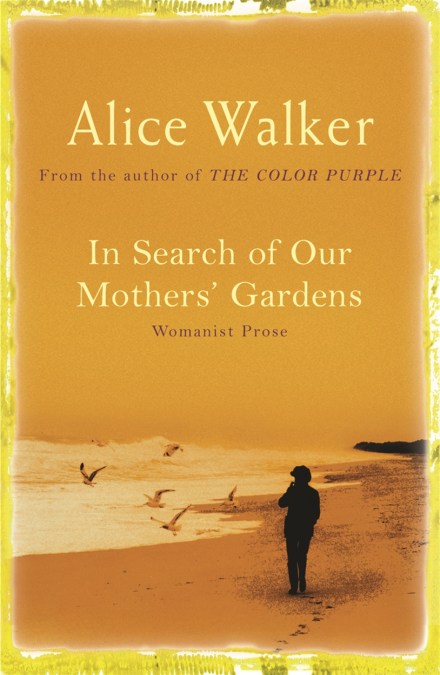 In Search of Our Mother's Gardens

by Alice Walker
The first collection of Alice Walker’s non-fiction spanning fifteen years in the career of this remarkable writer.

This collection of essays is a celebration of the legacy of creativity – especially the rich vein of women’s stories and spirituality through the ages and how they nourish the present.

Alice Walker traces the umbilical thread linking writers through history – from her discovery of Zora Neale Hurston and her collections of black folklore, to the work of Jean Toomer, Buchi Emecheta and Flannery O’Connor. She also looks back at the highs and lows of the civil rights movement, her early political development, and the place of women’s traditions in art.

Coining the expression ‘womanist prose’, these are essays that value women’s culture and strength, and the handing on of the creative spark from one generation to another. 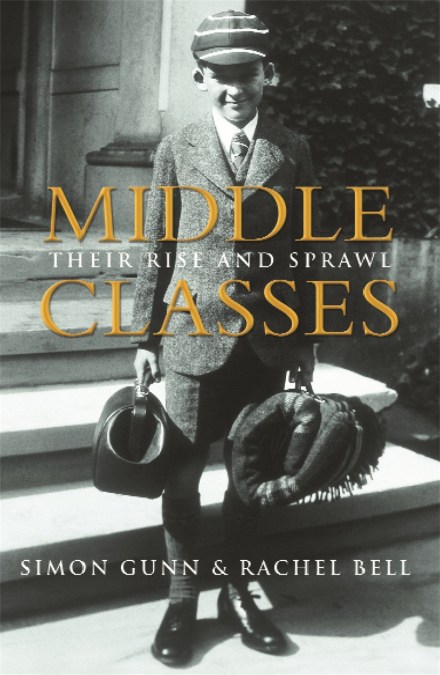 by Simon Gunn by Rachel Bell
The first general history of the English middle classes, based on BBC TV programme of which Will Self said “No simple overview can do justice to this programme – an exemplary series and mandatory viewing’.

Afternoon tea, the Women’s Institute, Mrs Beeton, department stores, suburbia, seaside holidays and cycling clubs – all preserves of the great middle class. But where did the middle classes come from? And what makes a person middle class today?

Although the term ‘middle class’ is part of our everyday language, the middle class has not been a feature of the British social scene from time immemorial. Drawing on the memories and life stories of individuals and families, as well as the words of distinguished historians and social commentators, this fascinating portrait of a people traces the roots of middle-class values in Victorian England through to the great educational reforms of the twentieth century. Panoramic and personal, this book provides a compelling picture of this influential social group and looks at what their future might be. 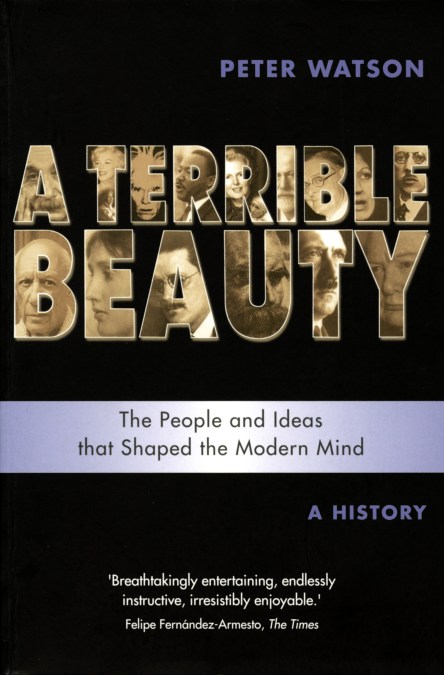 Terrible Beauty: A Cultural History of the Twentieth Century

Terrible Beauty presents a unique narrative of the twentieth century. Unlike more conventional histories, where the focus is on political events and personalities, on wars, treaties and elections, this book concentrates on the ideas that made the century so rich, rewarding and provocative. Beginning with four seminal ideas which were introduced in 1900 – the unconscious, the gene, the quantum and Picasso’s first paintings in Paris – the book brings together the main areas of thought and juxtaposes the most original and influential ideas of our time in an immensely readable narrative.

From the creation of plastic to Norman Mailer, from the discovery of the ‘Big Bang’ to the Counterculture, from Relativity to Susan Sontag, from Proust to Salman Rushdie, and Henri Bergson to Saul Bellow, the book’s range is encyclopedic. We meet in these pages the other twentieth century, the writers, the artists, the scientists and philosophers who were not cowed by the political and military disasters raging around them, and produced some of the most amazing and rewarding ideas by which we live. Terrible Beauty, endlessly stimulating and provocative, affirms that there was much more to the twentieth century than war and genocide. 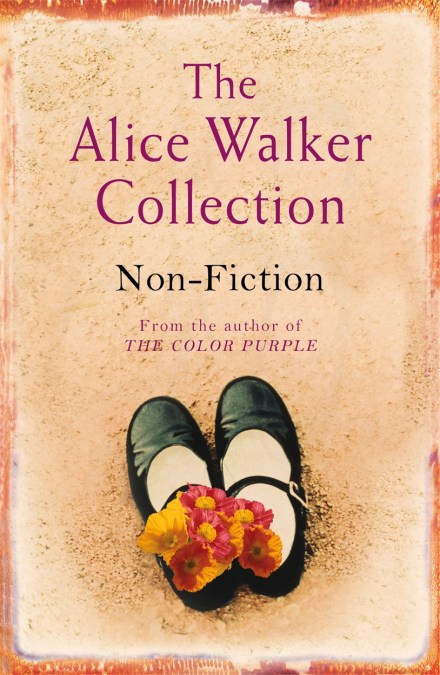 by Alice Walker
This stunning ebook collection brings together the complete works of Alice Walker’s non-fiction and includes:

IN SEARCH OF OUR MOTHERS’ GARDENS;
LIVING BY THE WORD;
THE SAME RIVER TWICE;
ANYTHING WE LOVE CAN BE SAVED;
WE ARE THE ONES WE HAVE BEEN WAITING FOR; and
THE CHICKEN CHRONICLES

Whether discovering Alice Walker for the first time or finding works by her that you haven’t read before, this is a must-have collection from a true heavyweight of contemporary American letters. 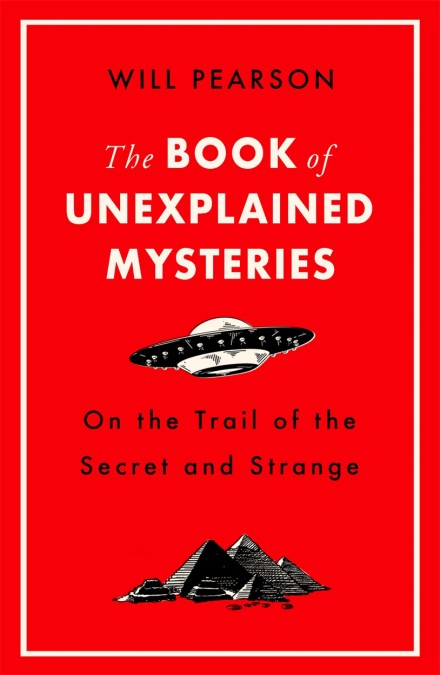 by Will Pearson
How were the hunter-gatherers of Göbekli Tepe able to build a series of stunning stone monuments six thousand years before Stonehenge?

Was the so-called ‘Wow!’ Signal a radio transmission from deep space, or the ambient resonating frequency of a passing comet?

What happened mid-Atlantic to the passengers and crew of the Mary Celeste, leaving the abandoned ship to sail on by itself?

Wonderful and weird, here are twenty incredible mysteries that continue to enthral and perplex. Each unexplained mystery, whether ancient or modern, presents the reader with its own unique challenge. 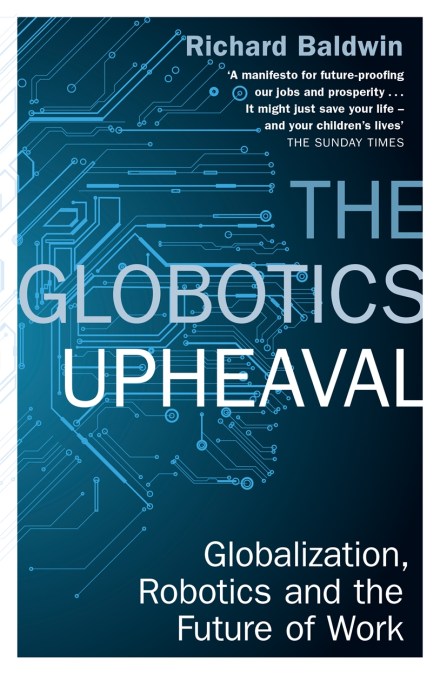 We stand on the edge of a new era that will bring change to our world on a par with the Industrial Revolution. Automation, artificial intelligence and robotics are changing our lives quickly – but digital disruption goes much further than we realize. Richard Baldwin, one of the world’s leading globalization experts, argues that the inhuman speed of this transformation threatens to overwhelm our capacity to adapt. But while the changes are now inevitable, there are strategies that humanity can use to adapt to this new world, employing the indispensable skills that no machine can copy: creativity and independent thought. THE GLOBOTICS UPHEAVAL will help each of us prepare for the oncoming wave of the advanced robotic workforce. 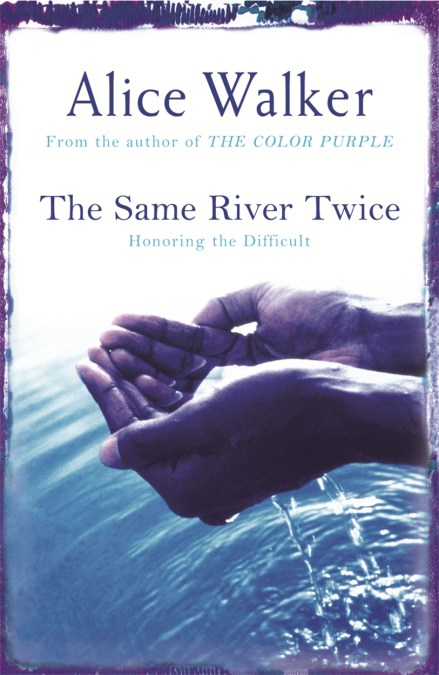 In the early 1980s, The Color Purple was a runaway success, it had won the Pulitzer Prize and Steven Spielberg was making the book into a film.

Yet behind all the critical success, Alice Walker suffered an extreme backlash as she became the object of attacks both personal and political.
Her detractors claimed that she hated black men, that her work was injurious to black male and female relationships; and that her ideas about equality were harmful to the black community. Such was the ferocity of these attacks that she left her own community north of San Francisco and sought refuge in Mexico.

On a personal level, her mother had suffered a major stroke and now Alice Walker herself fell gravely ill with the extremely debilitating condition, Lyme disease. To add to the trauma, her partner of many years announced he’d been having an affair.

In her heartfelt and extremely personal account of this time, Alice Walker describes the experience of watching the film being made as she weathered the controversy surrounding it and came to terms with the changes in her own life. 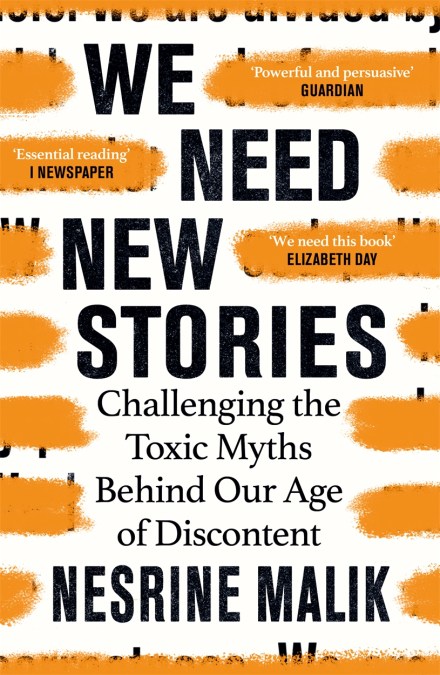 by Nesrine Malik
It is becoming clear that the old frames of reference are not working, that the narratives used for decades to stave off progressive causes are being exposed as falsehoods. Six myths have taken hold, ones which are at odds with our lived experience and in urgent need of revision.

Has freedom of speech become a cover for promoting prejudice? Has the concept of political correctness been weaponised to avoid ceding space to those excluded from power? Does white identity politics pose an urgent danger? These are some of the questions at the centre of Nesrine Malik’s radical and compelling analysis that challenges us to find new narrators whose stories can fill the void and unite us behind a shared vision.
Next Page