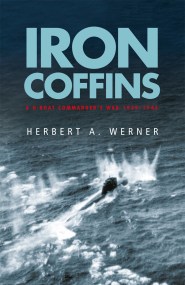 A first hand account of the German U-boat battles of World War II, by one of the very few surviving commanders. This is a story…