Judi: Behind the Scenes

'National treasure? I hate that. Too dusty, too in a cupboard, too behind glass, too staid ... What I love is being part of a… 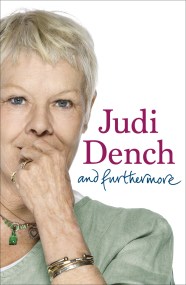 The SUNDAY TIMES bestselling memoir of Britain's best-loved actress, Dame Judi Dench. 'She's been one of our favourite actresses for five decades, and now ...AND…