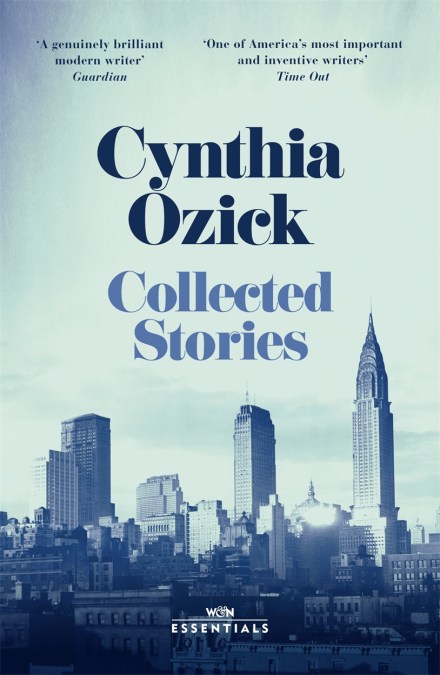 It is the stories upon which Cynthia Ozick’s literary reputation rests. She writes about bitterness, cruelty and compulsion with brutal acuity and tenderness. She has created a timeless collection in which Greek mythology, superstition and the religious and cultural experience of the Jewish diaspora in America collide. The Pagan Rabbi is seduced by a tree sprite after seeing his daughter rescued from drowning by a water sprite. Such ecstasy is not permitted to mortals and so the scholar must die. He hangs himself with his prayer shawl as he watches the strangely beautiful nymph decay.
In Envy, a Yiddish poet who watches the success of a contemporary, becomes very like a character in an I.B. Singer story entrapped by his anguish and haunted by the memory of a child. In the Doctor’s Wife, the most gentle of the stories, a poor doctor not unlike Chekhov endures family life in which he is adored by his three sisters and oppressed by his family obligations.

In these stories, we see Ozick defining herself and her literary territory. The stories may be read purely as evocations of Jewish experience, where time seems to have by-passed these characters. In the Butterfly and the Traffic Light, Jerusalem is seen upon a hill as only it can be in legend, and America is said not to have cities scarred by battles. This is a dazzling collection of short stories by an internationally celebrated novelist. 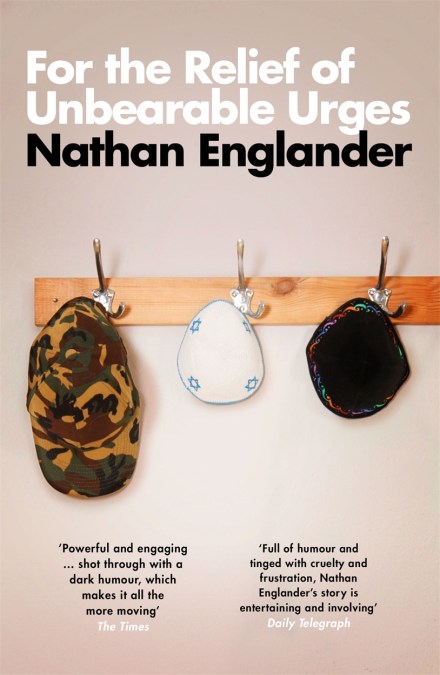 For the Relief of Unbearable Urges

by Nathan Englander
Ruchama, a wigmaker from an ultra-orthodox Brooklyn enclave, journeys into Manhattan for inspiration, frequenting a newsstand where she flips through forbidden fashion magazines. An elderly Jew with a long, white beard reluctantly works as a department store Santa Claus every year – until he can take it no longer. And a Hasidic man, frustrated by his wife’s lack of interest, gets a dispensation from a rabbi to see a prostitute for the relief of unbearable urges. 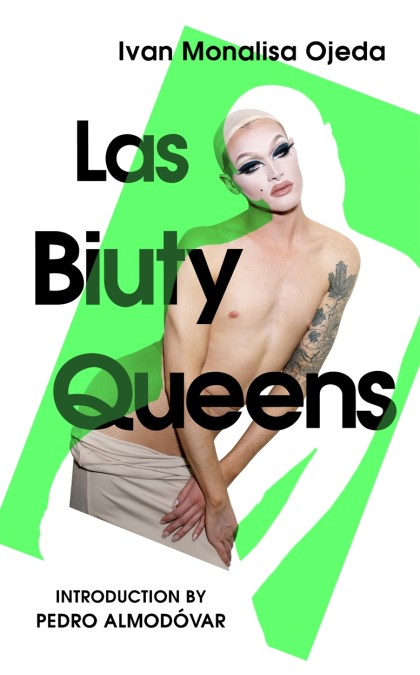 ‘Can’t get enough of Pose? Then Las Biuty Queens will be your new fave read… Ivan Monalisa Ojeda sparkles as one of 2021’s boldest new writers’
Cosmopolitan

‘The American dream as seen from the height of a good pair of heels’ Pedro Almodóvar
Las Biuty Queens: a group of trans Latinx immigrant friends who walk the streets of New York, smoke crystal meth, compete in beauty contests, look for clients on their impossibly high heels and fall prey to increasingly cruel immigration policies.

Drawing from his/her own perspective as a trans performer, sex worker and undocumented immigrant, acclaimed Chilean writer Iván Monalisa Ojeda shines a light on a group of friends trying to survive the dark side of the American Dream and introduces readers to an unfamiliar, glittering and violent New York City that will draw them in and swallow them whole.

‘This is New York, full of beauty and pain – turn away at your own peril’
Nick Flynn, author of Another Bullshit Night in Suck City

‘You can’t just read this book; you bathe in its grit, the resilience of its characters and, most of all, its beauty. Stunning’
Jose Antonio Vargas, author of Dear America: Notes of an Undocumented Citizen 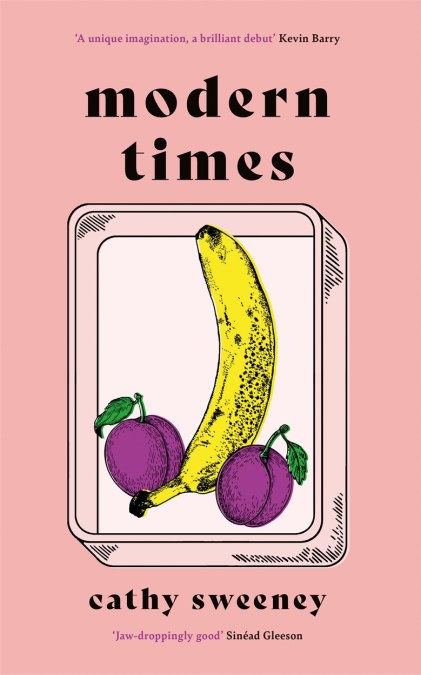 by Cathy Sweeney
There once was …

a woman who loved her husband’s cock so much that she began taking it to work in her lunchbox.

a man who made films without a camera, which transfixed his estranged daughter.

a couple who administered electric shocks to each other, to be reminded of what love is.

a world where you wake up one day and notice that, one by one, people are turning blue

Startling, wry, beguiling and emotionally charged – the stories in Modern Times might be reminiscent of Lydia Davis, Angela Carter and Daisy Johnson, but they are also unlike anything you’ve read before. 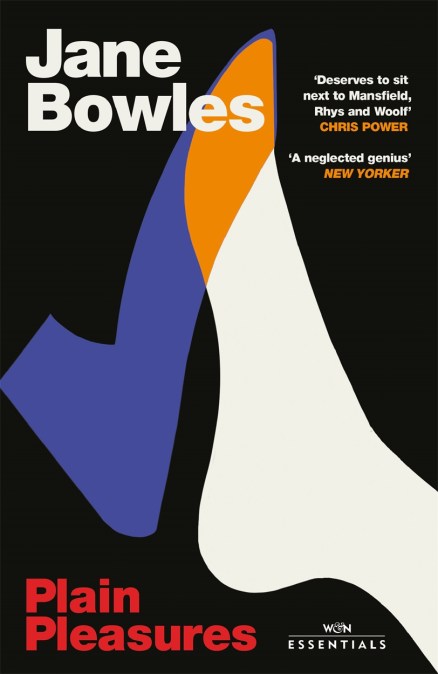 by Jane Bowles
‘The most important writer of prose fiction in modern American letters’ Tennessee Williams
‘A modern legend’ Truman Capote
‘Bowles is a master of the unforgettable phrase that no one else could have written’ William S. Burroughs
‘A dizzyingly original stylist’ New York Times

“It’s the truth,” the women said from their mattress “Everything is nice”.

Alva, a widow, states a preference for plain ordinary pleasures – only to get drunk and flirtatious, and pass out in a strange bed when she is asked out for the evening.

Sadie, a spinster, goes to a holiday resort complete with pine groves, marshmallows and respectable clientele – to bring her nervous sister home, but instead comes to an eerie end herself.

Mary, a little girl, spends her days in a clay pit leading an imaginary army of hard-muscled men. But hen a strange boy invades her headquarters, Mary abandons her soldiers to follow him home.

With an introduction by Chris Power
A W&N Essential 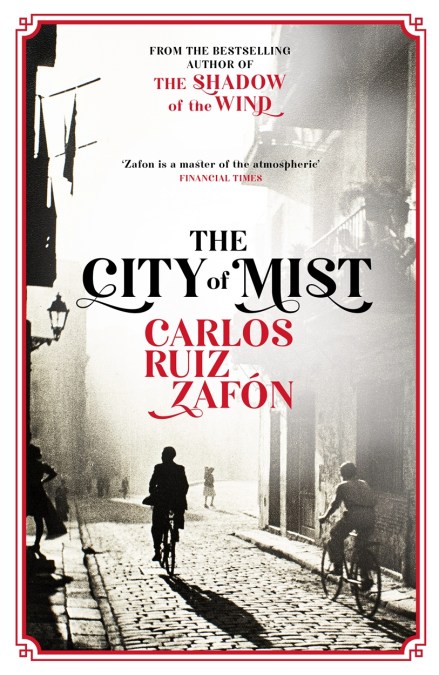 The City of Mist

by Carlos Ruiz Zafon
The echo of the novels of The Cemetery of Forgotten Books series resonates in the stories of Carlos Ruiz Zafón: gathered here for the first time – and some never before published in English – these stories are a celebration of one of the world’s great storytellers

A boy decides to become a writer when he discovers that his creative gifts capture the attentions of an aloof young beauty who has stolen his heart.

A labyrinth maker flees Constantinople to a plague ridden Barcelona, with plans for building a library impervious to the destruction of time.

A strange gentleman tempts Cervantes to write a book like no other, each page of which could prolong the life of the woman he loves.

And a brilliant Catalan architect named Antoni Gaudí reluctantly agrees to cross the ocean to New York, a voyage that will determine the fate of an unfinished masterpiece.


A celebration of a master storyteller, beloved by fans around the world:

‘This book will change your life. An instant classic’
Daily Telegraph

‘A book lover’s dream’
The Times

‘A hymn of praise to all the joys of reading’
Independent 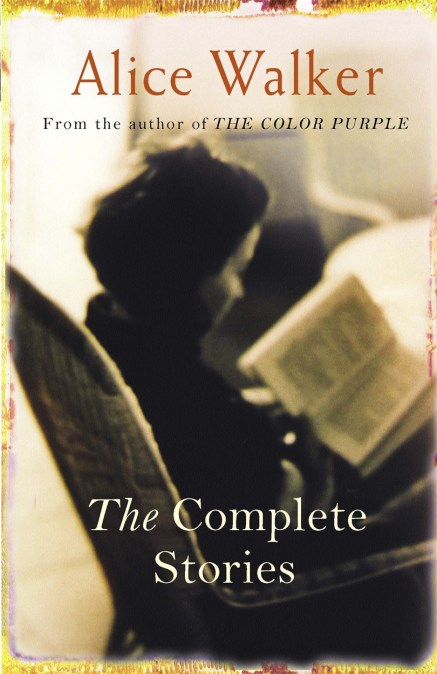 by Alice Walker
A fantastic collection of stories – funny, touching, surprising – from the Pulitzer Prize-winning author of THE COLOR PURPLE

‘Stories are, after all, like a thumbprint. Unique to the soul and heart they are by creation attached’

Comprising two volumes – In Love and Trouble and You Can’t Keep a Good Woman Down – The Complete Stories is a rich smorgasbord of tales that showcase three decades of the author’s work. They show the immense range of Alice Walker’s talent, from humour to stories of love, race and politics, reaffirming her position as one of the most important writers of the past 50 years. 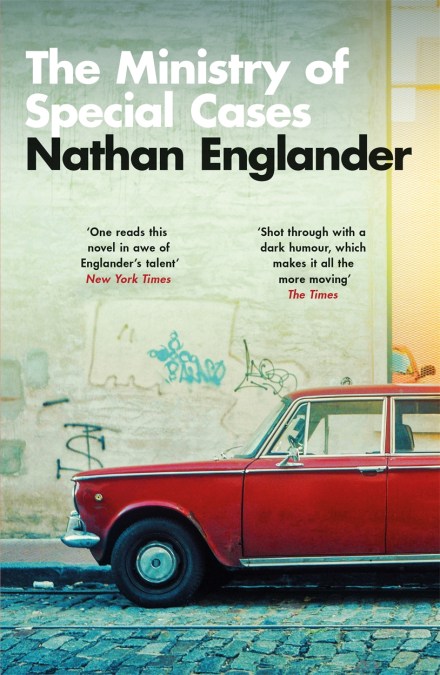 The Ministry of Special Cases

by Nathan Englander
Buenos Aires, 1970s. Kaddish Poznan chips the names off gravestones for a living, removing traces of disreputable ancestors for their more respectable kin. His wife Lillian works in insurance, earning money when people live longer than they fear. When the government is overthrown in a military coup, their son Pato is arrested by the police and becomes one of the disappeared. Desperate to find him, Kaddish and Lillian turn to the Ministry of Special Cases, a bureaucracy of anguish and false promises, and they discover just how far they are willing to go to save their son… 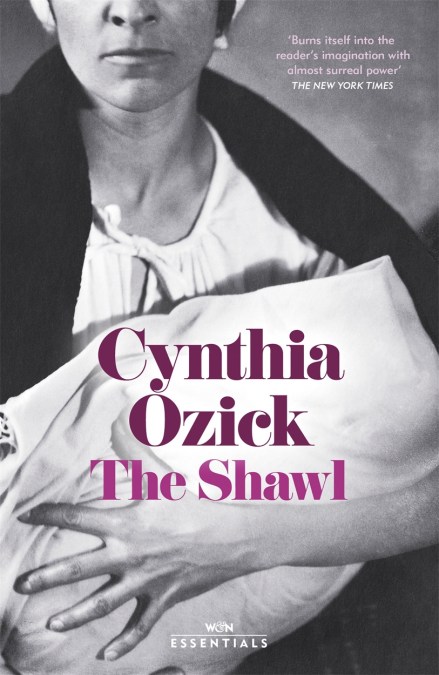 by Cynthia Ozick
Two masterful short stories: one depicts the horrors of the Holocaust, the other the lifetime of emptiness that pursues a ‘survivor’ – by a Pulitzer Prize finalist

The Shawl is considered a modern classic – a masterpiece in two acts. The horror and desolation evoked through piercing imagery – first through the abomination of a Holocaust concentration camp murder, second through the eyes of the murdered child’s mother, thirty years later, now ‘a madwoman and a scavenger’ – offers the reader a chilling insight into the empty suffering of a ‘survivor’.

In ‘The Shawl’, a woman named Rosa Lublin watches a concentration camp guard murder her child, a child barely old enough to walk. The shawl that was the child’s security blanket and lone possession reappears in the second story, ‘Rosa’. Rosa appears thirty years later, living in a Miami hotel and feeling the strain of a lifetime of pain: the hollowness of seeing her baby killed, of managing her harrowing memories she’s being told to forget, and of even now being treated as a specimen and not a human being. 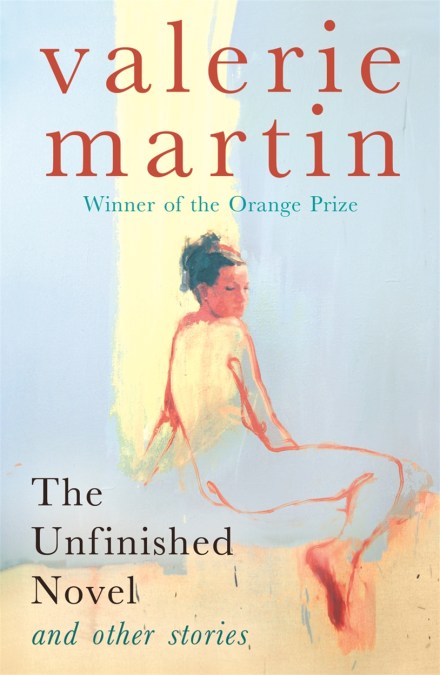 The Unfinished Novel and Other stories

In the six stories that make up The Unfinished Novel, Valerie Martin turns an unflinching eye upon artists – driven and blocked, desired and detested, infamous and sublime, as they struggle beneath the tyranny of Art to reconcile their audience with their muse.

A painter who owes his small success to a man he despises, discovers that his passivity has cost him the love that might have set him free. An actress struggles with the guilt she still feels twenty years after an affair with a young actor whose promise mysteriously vaporized after a performance of Hamlet. A starving artist inhabits a bleak netherworld, where pride is a luxury no one can afford. A writer of modest talents encounters the old love who once betrayed him; now she repels him, yet the unfinished novel she leaves in his hands may surpass anything he could ever produce himself.

The last stories in the collection take us to Rome and a room with a limited view, and to a Brooklyn studio where a window opens onto limitless space. In the Eternal City an American poet is forced to choose between her lover, a dancer who has outraged academe, and a world so alien it takes her voice away. In the final story, a print maker, who has reached a certain age, enters so deeply into the magical world of her imagination that she can never find her way back. 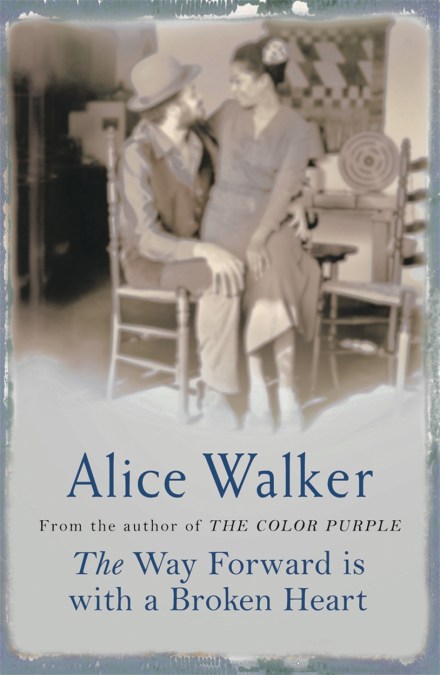 The Way Forward is with a Broken Heart

by Alice Walker
From the author of THE COLOR PURPLE, fiction and autobiography blend in this fabulously rich collection of short stories

‘These are the stories that came to me to be told after the close of a magical marriage to an extraordinary man that ended in a less-than-magical divorce. I found myself unmoored, unmated, ungrounded in a way that challenged everything I’d ever thought about human relationships. Situated squarely in that terrifying paradise called freedom, precipitously out on so many emotional limbs, it was as if I had been born; and in fact I was being reborn as the woman I was to become’

The Way Forward is with a Broken Heart starts with a lyrical, autobiographical story of the breakdown of a marriage during the early years of the civil rights movement. Alice Walker then goes on to imagine stories that grew out of the life following that marriage. Filled with wonder at the capacity of humans to move through love and loss, this is an uplifting read that showcases the authors warmth, wit and wisdom. 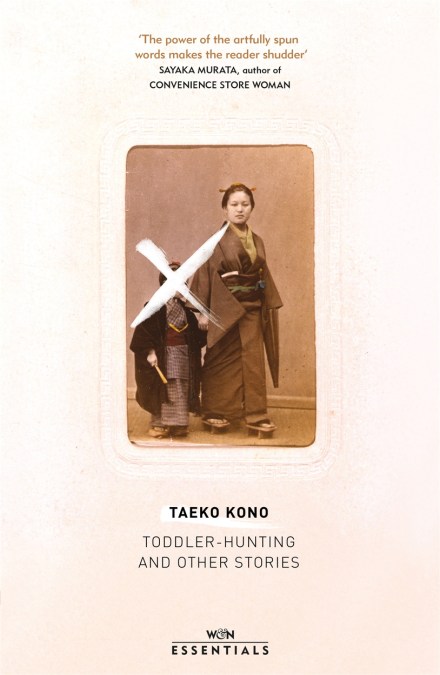 Toddler Hunting and Other Stories

by Taeko Kono
An immeasurably influential female voice in post-war Japanese literature, Kono writes with a strange and disorienting beauty: her tales are marked by disquieting scenes, her characters all teetering on the brink of self-destruction.

In the famous title story, the protagonist loathes young girls but compulsively buys expensive clothes for little boys so that she can watch them dress and undress. Taeko Kono’s detached gaze at these events is transfixing: What are we hunting for? And why? Kono rarely gives the reader straightforward answers, rather reflecting, subverting and examining their expectations, both of what women are capable of, and of the narrative form itself.
Next Page