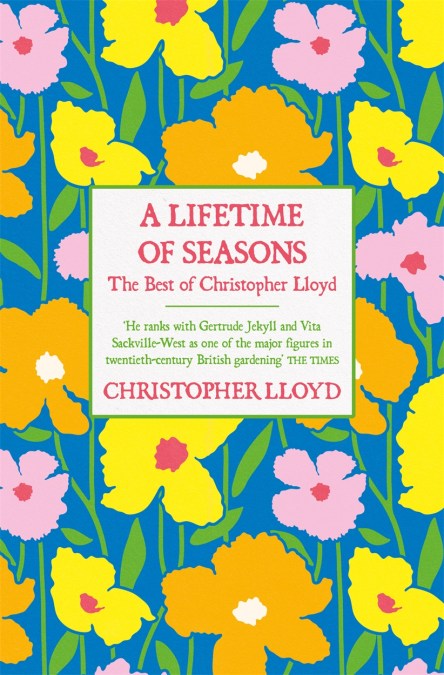 A Lifetime of Seasons

by Christopher Lloyd
‘He was the best informed, liveliest and most innovative gardening writer of our times’ GUARDIAN

Christo Lloyd was recognised as one of the foremost gardeners and garden writers of the 20th century. Here, for the first time, is the definitive collection of his best, most informative, and so often amusing, garden writing.

Christo on gardening: Ours, in its humble way, is an art as well as a craft. At the same time it keeps us in touch with the earth, the seasons, and with that complex of interrelated forces both animate and inanimate which we call nature. It is a humanizing occupation.

On weeding: Many gardeners will agree that hand-weeding is not the terrible drudgery that it is often made out to be. Some people find in it a kind of soothing monotony. It leaves their minds free to develop the plot for their next novel or to perfect the brilliant repartee with which they should have encountered a relative’s latest example of unreasonableness. 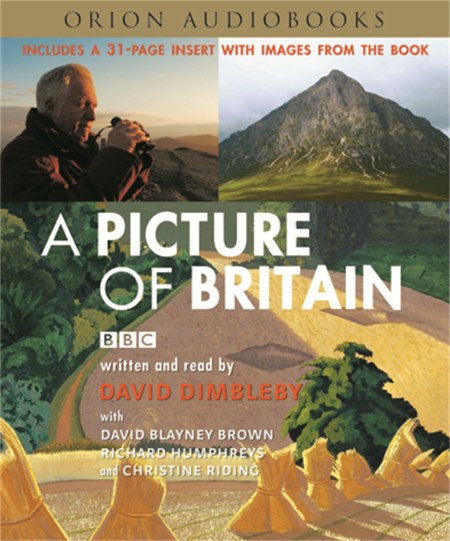 A Picture Of Britain

by David Dimbleby
Accompanying a major BBC1 series presented by David Dimbleby, and an exhibition at Tate Britain, A Picture of Britain is a celebration of the British landscape and the art that it has inspired, from Constable to Lowry, from Turner to Nash. From the slopes of Snowdonia to the industrial Black Country, from the grandeur of the Scottish Highlands to the meadows of Suffolk, the British landscape has inspired artists and writers for generations. This remarkable book, read by all four contributors, captures our rich cultural heritage, creating for the listener A Picture of Britain. 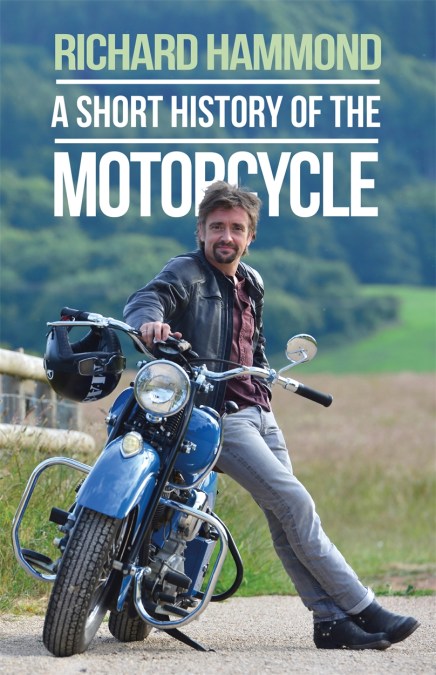 A Short History of the Motorcycle

by Richard Hammond
What is it about bikes that leaves so many of us powerless to resist?

This entertaining guide charts the history of the bike from its origin as a cheap means of transport to its modern incarnations: a symbol of rebellion, a high-tech racing machine and the rich kid’s plaything. Richard Hammond, passionate biker and collector of bikes, looks at the machines that have propelled people across the world to work, to school – and occasionally to their doom.

With his trademark expertise and wit, Hammond examines bikers of every type, from the happy farmer trundling through fields on his Honda Cub to the Hells Angel terrorising towns on their hog. 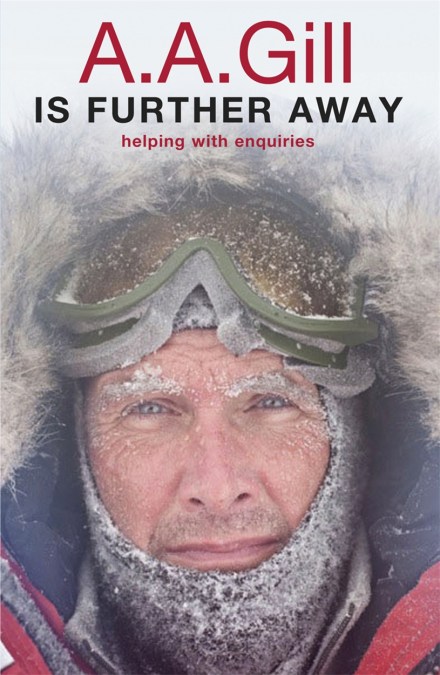 A.A. Gill is Further Away

by Adrian Gill
A collection of dazzling travel pieces from SUNDAY TIMES journalist and critic A. A. GILL.

From the moment he joined the SUNDAY TIMES, A.A. Gill has wanted to interview places – to discover the personality of a place as if it were a person, to listen and talk to it. A. A. GILL IS FURTHER AWAY is a wonderfully insightful and funny compendium of travel writing taken mostly from the SUNDAY TIMES, but also from GQ, TATLER and CONDE NAST TRAVELLER. Gill writes with a clarity and acerbity that conveys the intensity of his experiences in his travels around the world. His book includes essays on Sudan, India, Cuba, Germany and California. In each piece, there is a central image Gill uses as the key to unlocking the personality of a place. 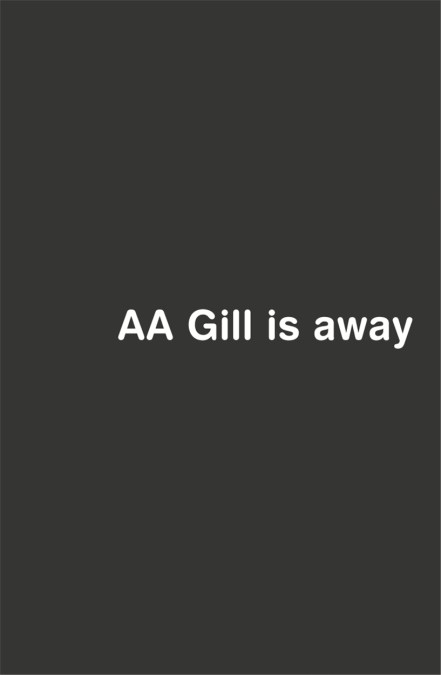 AA Gill is Away

by Adrian Gill
‘Theatre, food, refugees: in Adrian’s writing they’re all linked up … If you haven’t read his book AA GILL IS AWAY, read it now. It was when he was away that he was at his best’ Stephen Daldry

A. A. Gill was probably the most read columnist in Britain. Every weekend he entertained readers of the SUNDAY TIMES with his biting observations on television and his unsparing, deeply knowledgeable restaurant reviews. Even those who objected to his opinions agree: his writing is hopelessly, painfully funny. He was one of a tiny band of must-read journalists and it was always a disappointment when the words ‘A.A. Gill is away’ appeared at the foot of his column. This book is the fruit of those absences: twenty-five long travel pieces that belie his reputation as a mere style-journalist and master of vitriol: this is travel writing of the highest quality and ambition. 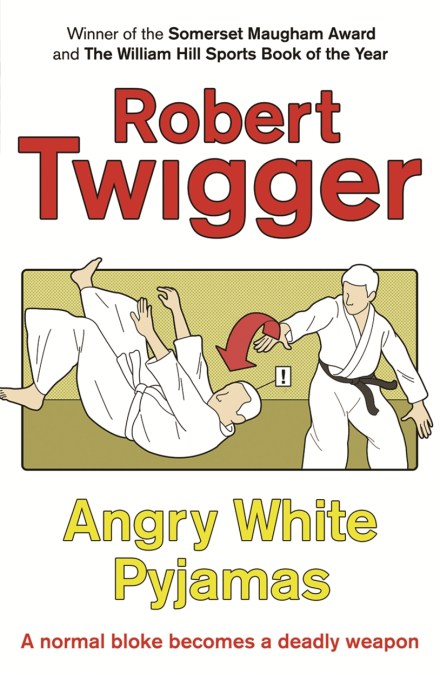 by Robert Twigger
A brilliant and captivating insight into the bizarre nature of contemporary Japan.

Adrift in Tokyo, teaching giggling Japanese highschool girls how to pronounce Tennyson correctly, Robert Twigger came to a revelation about himself: he’d never been fit. In a bid to escape the cockroach infestation and sweaty squalor of a cramped apartment in Fuji Heights, Twigger sets out to cleanse his body and his mind. Not knowing his fist from his elbow the author is sucked into the world of Japanese martial arts, and the brutally demanding course of budo training taken by the Tokyo Riot Police, where any ascetic motivation soon comes up against blood-stained dogis and fractured collarbones.

In Angry White Pyjamas Robert Twigger skilfully blends the ancient with the modern – the ultra-traditionalism, ritual and violence of the dojo (training academy) with the shopping malls, nightclubs and scenes of everyday Tokyo life in the twenty-first century – to provide an entertaining and captivating glimpse of contemporary Japan. 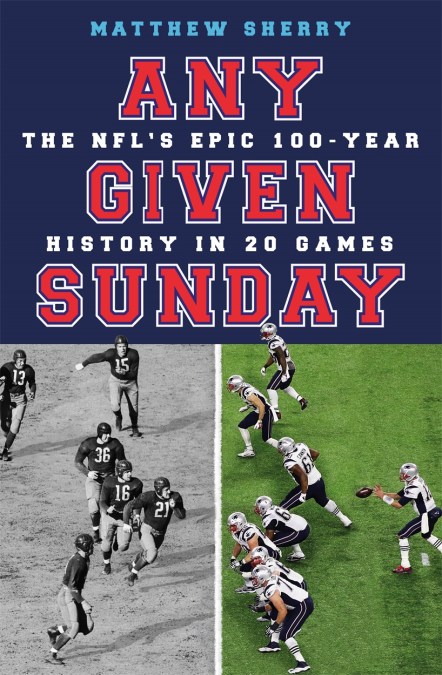 by Matthew Sherry
17th September 2020 will mark the centenary of the National Football League. It will reach that landmark as a behemoth, an all-encompassing conglomerate that is the most lucrative sports league in the world – and also the dominant pop culture entity in the United States. The NFL is also making considerable gains worldwide. The International Series has been heading to London since 2007 with incredible sell-outs at the four games in 2019 at Wembley and the Tottenham Hotspur Stadiums.

This may lead some to believe the league has always been a roaring success story. History contradicts that reputation, for the NFL of today is a by-product of the humblest beginnings. It is a rocky road filled with genius detours and wrong turns; with heroes and villains; and, most importantly, with thousands of games. Any Given Sunday will detail some of the biggest of those, beginning with the first contest ever played in 1920 and working through to multiple key fixtures from last season. Each chapter will be complemented by countless interviews with some of the game’s true legends, from Hall of Fame players and coaches to owners and executives; first-hand accounts from games, including multiple Super Bowls; and, finally, full access to the Pro Football Hall of Fame and NFL Films’ extensive archives, including pieces not available to the public.

Any Given Sunday takes readers from the boardrooms to the field, into the locker-room and inside the journeys of legends, providing a full snapshot of the NFL’s epic first century. 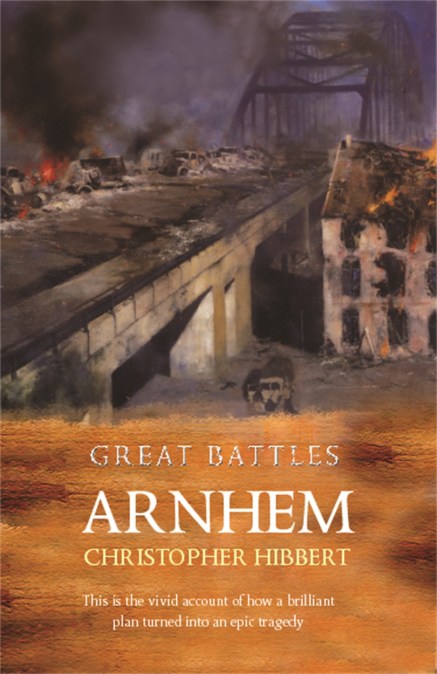 by Christopher Hibbert
This is the vivid account of how a brilliant plan turned into an epic tragedy. 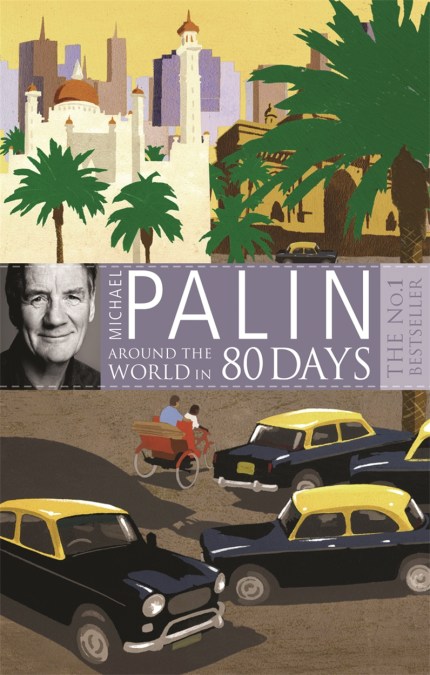 by Michael Palin
‘The pace of this kind of travel has not much changed since Fogg set out in 1872. Trains may be a little faster, but there are certainly no high-speed rail links yet across India, China or the USA. Passenger services have practically disappeared from the world’s shipping lanes … Recourse to air travel, even as a convenient means of escape, was not allowed.’

Following the route taken by Phileas Fogg 115 years earlier, Michael Palin set out from the Reform Club to circumnavigate the world. The rules were simple, but nothing else about the trip was straightforward…

From a tour of Venice on a rubbish barge to ship spotting at the Suez Canal and the bicycle rush hour and snake snacks in China, this is an unparalleled tribute to man’s ability to make life difficult for himself. 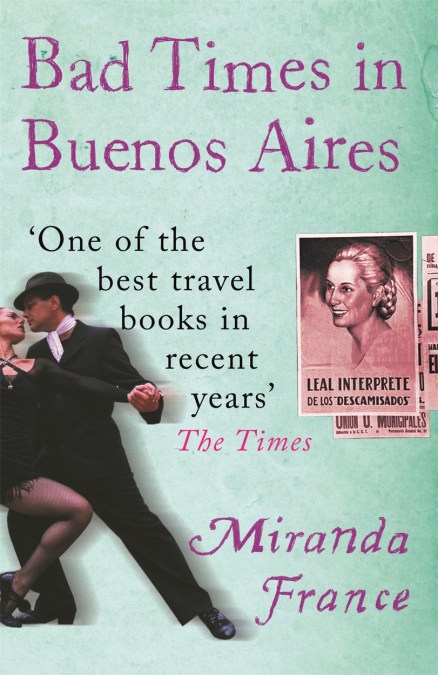 by Miranda France
A funny and poignant account of life in Buenos Aires, by a young prize-winning writer.

In 1993 Miranda France moved to South America, drawn to Buenos Aires as the intellectual hub of the continent, with its wealth of writers and its romantic, passionate and tragic history. She found that is was all these things, but it was also a terrible place to live.

The inhabitants of Buenos Aires are famously unhappy. All over South America they are known for their arrogance, their fixation of Europe and their moodiness. Very soon, Miranda France encounters’ bronca’ – the simmering and barely controllable rage that is a staple feature of life in the Argentinian capital. She finds that ‘bronca’ has deep roots: the violence and racism of the first European settlers; the dictatorships, especially in the 1970s when so many ‘disappeared’; even Evita Peron, for there was no rage to rival Evita’s. 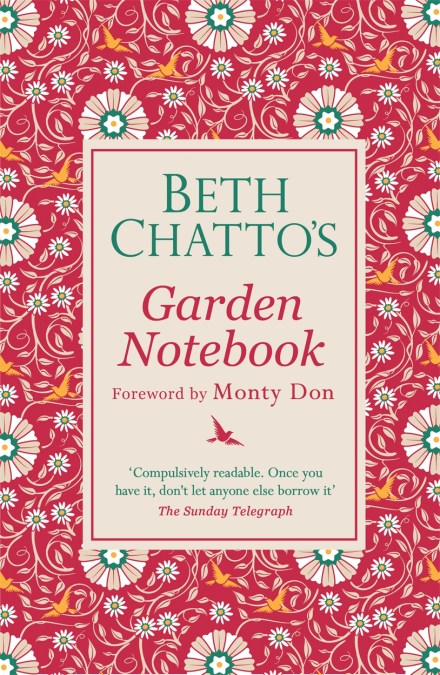 by Beth Chatto
Sharing the hopes and successes – and sometimes failures – of her work, Beth Chatto reveals what is really involved in maintaining a unique and flourishing garden. Written from notes that she kept regularly, this engaging book offers help on a whole range of topics. There is guidance on designing, planting and grouping. She describes methods of propagation, shows how plants can be helped to maturity, and gives advice on managing a garden and its plants and on performing all the day-to-day tasks involved. 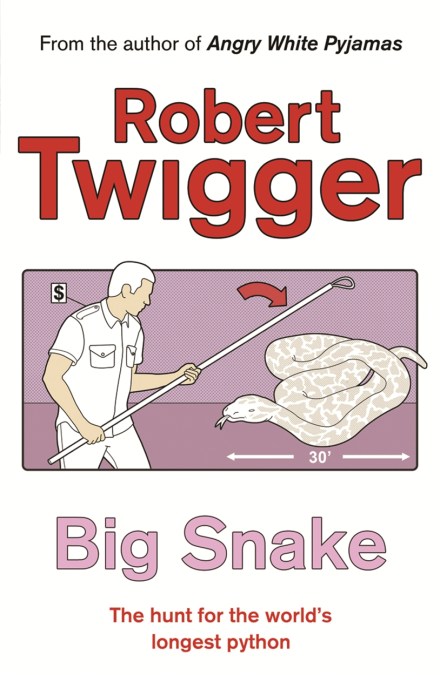 by Robert Twigger
Robert Twigger goes to the Far East in search of the world’s longest snake – ‘echoes of Gerald Durrell’s trips crossed with Redmond O’Hanlon’s foray into the heart of Borneo . . . a fantastic book’ DAILY MAIL

About to be married, Robert Twigger decides on his last great adventure as a bachelor. Surfing the net, he discovers the Roosevelt Prize – worth $50,000 – for the capture of a live 30 foot python. Armed only with a tin of High Toast Snuff (deadly if sniffed by a snake), Twigger sets off into the remote jungles of Indonesia in search of his prey.

Along the way, he investigates the legendarily beautiful women of Sulawesi, treads in Nabokov’s footsteps, looks for giant snakes beneath the sewers of Kuala Lumpur, and spends time with a variety of snake catchers and cults. After being caught up in anti-Chinese riots and surviving on greasy civet cat in the jungle, Twigger finally comes face to face with the big one; but the final capture is not quite what he had in mind.
Next Page