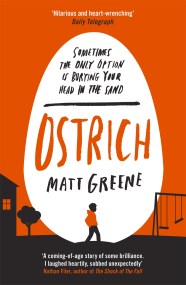 Growing up is hard enough without a deadline Alex's parents know something he doesn't. They know what's happening inside his head. Alex is more interested…