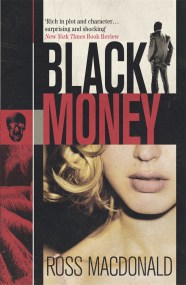 'I can't make your girl come back if she doesn't want to. I told you that on the phone' But something changes... 'The finest series…