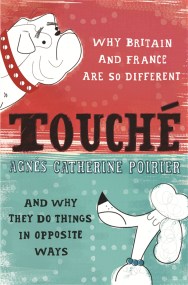 Why France and Britain are so different, and why they do things in opposite ways. A brilliant and vigorous observer of both French and British…