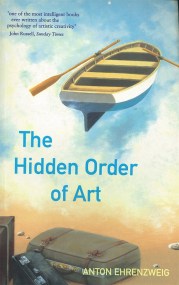 The Hidden Order Of Art

A revealing study into the relationship between psychology and the arts. Anton Ehrenzweig's tour de force describes nothing less than the psychology of artistic creativity.…