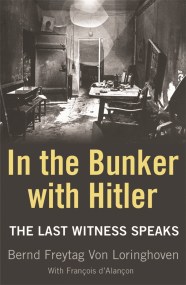 In the Bunker with Hitler