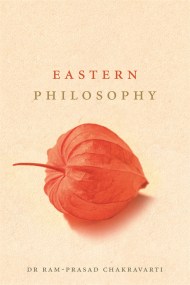 A magisterial overview of the philosophies of the East. 'The time has come for global philosophy to move beyond the model where the West is…