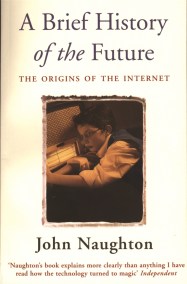 A Brief History of the Future

The Internet is the most remarkable thing human beings have built since the Pyramids. John Naughton's book intersperses wonderful personal stories with an authoritative account…