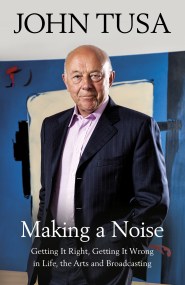 In almost sixty years of professional life, John Tusa has fought for and sometimes against the major arts and political institutions in the country. A…