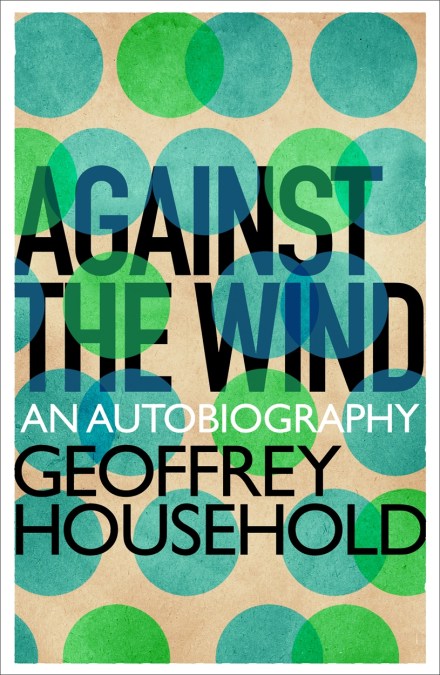 Ever since the publication of ROGUE MALE, Geoffrey Household has been known in the English-reading world for his audacious and unorthodox tales of adventure. Now, in his autobiography, AGAINST THE WIND, he tells us the story of his own life, sharing with us the background and the experiences from which he emerged as a writer. A gradaute from Oxford he then worked as an apprentice-clerk in the Ottoman Bank, as a banana salesman in Spain, and he served in British Intelligence during World War II in Romania, Greece and the Middle East. In the final chapters he speaks of the writer’s craft and of his personal aspirations. 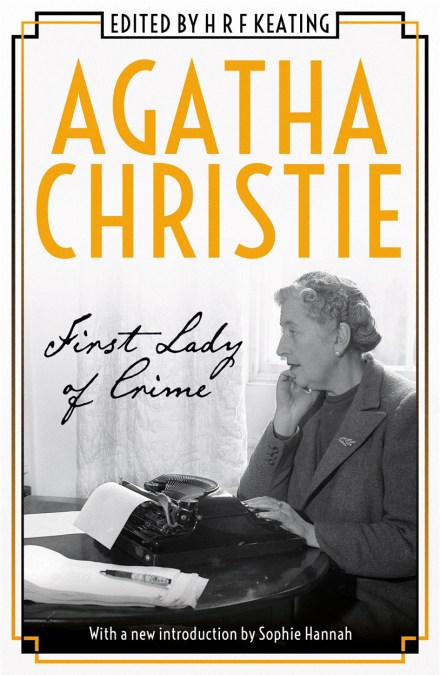 by Agatha Christie
Includes a new introduction from Sophie Hannah, bestselling author of THE MONOGRAM MURDERS and HAVEN’T THEY GROWN

Agatha Christie was not only the biggest selling writer of detective stories the world has ever known, she was also a mystery in herself, giving only the rarest interviews, declining absolutely to become any sort of public figure, and a mystery too in the manner in which she achieved her astonishing success.

H R F Keating, a crime novelist and respected reviewer of crime fiction, brought together a dozen distinguished writers from both sides of the Atlantic to throw light on this double mystery. Some analyse the art itself; some explain the reasons for her success, not just the books, but also in film and theatre.

The approaches are penetrating, affectionate, enthusiastic, analytical, funny – even critical. Together, they give an almost unique insight into the life and work of the First Lady of Crime. 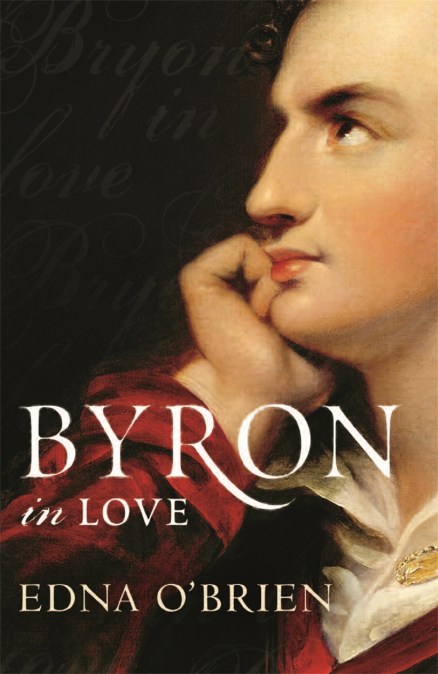 BYRON IN LOVE – the nobility, arrogance and sheer theatre of Byron’s life.

Byron, more than any other poet, has come to personify the poet as rebel, imaginative and lawless, reaching beyond race, creed or frontier, his gigantic flaws redeemed by a magnetism and ultimately a heroism that by ending in tragedy raised it and him from the particular to the universal.

Everything about Lord George Gordon Byron was a paradox – insider and outsider, beautiful and deformed, serious and facetious, profligate but on occasion miserly, and possessed of a fierce intelligence trapped forever in a child’s magic and malices. He was also a great poet, but as he reminded us, poetry is a distinct faculty and has little to do with the individual life of its creator.

‘A beguiling blend of sympathy, humour and, of course, her signature lilting style . . . a delightful, though poignant, account’ Main on Sunday 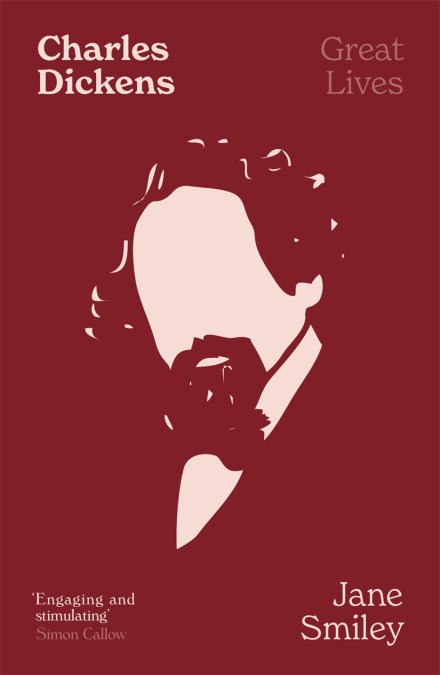 by Jane Smiley
Superb, highly accessible biography of one of the giants of English literature by the Pulitzer Prize-winning author of A THOUSAND ACRES

‘Jane Smiley, in her admirable contribution to Weidenfeld’s series of short biographies, deals briskly with Dickens’s career and works, and treats with sympathy and sense his relations with the women in his life’ LITERARY REVIEW

From a bitter and poverty-stricken childhood to a career as the most acclaimed and best loved writer in the English-speaking world, Charles Dickens had a life as full of incident as any of those he created in his novels of life in Victorian England. The enormous quantity of work, his public readings and his difficult relationships has made him a figure of enduring fascination.

In this biography Jane Smiley reveals Charles Dickens as his contemporaries would have done, getting to know him more intimately than ever before. At the same time Smiley offers interpretations of almost all of Dickens’ major works, showing how ‘his novels shaped his life as much as his life shaped his novels’. 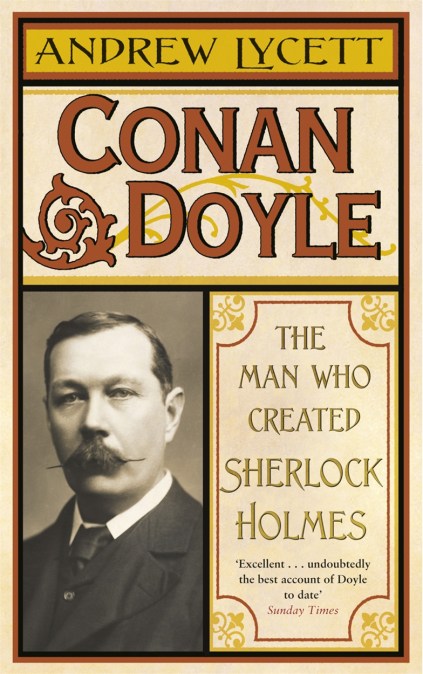 Though Sir Arthur Conan Doyle’s name is recognised the world over, for decades he was overshadowed by his creation, Sherlock Holmes – one of literature’s most enduring characters.

Conan Doyle was a man of many contradictions. Romantic, energetic, idealistic and upstanding, he could also be selfish and foolhardy. Lycett assembles the many threads of Conan Doyle’s life, including the lasting impact of his domineering mother and his alcoholic father; his affair with a younger woman while his wife lay dying; and his fanatical pursuit of scientific data to prove and explain various supernatural phenomena.

Lycett combines access to new material with assiduous research and penetrating insight to offer the most comprehensive, lucid and sympathetic portrait yet of Conan Doyle’s personal journey from student to doctor, from world-famous author to ardent spiritualist. 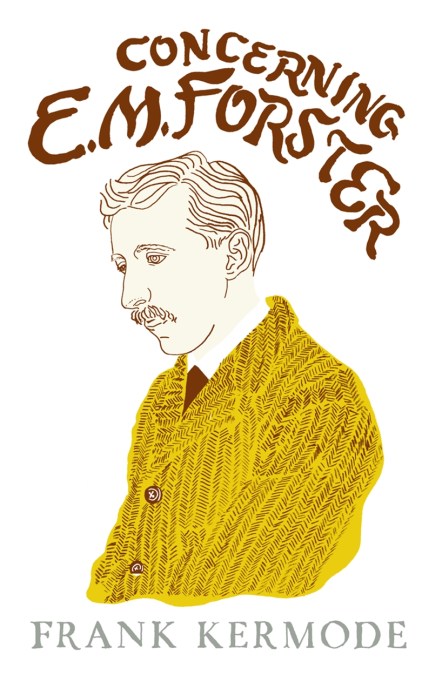 by Frank Kermode
A major reassessment of the one of the greatest English novelist of the twentieth century, from celebrated critic Sir Frank Kermode.

CONCERNING E.M. FORSTER is a rich, varied and original portrait of a literary great. When Sir Frank Kermode delivered the Clark Lectures at Cambridge University, he chose E.M. Forster as his subject; these lectures form the core of this book. Kermode reappraises the influence and meaning of Forster’s oeuvre, offering a fascinating interpretation of his most celebrated work, A PASSAGE TO INDIA.

There follows a series of interweaving discussions that bring to life diverse topics – Empire, class, poverty, the condition of the novel, the role of the artist – but always return to our enigmatic subject. Kermode also reflects on Forster’s considerable talent and shortcomings, places him within a wider social context, and casts spotlight on his contemporaries, presenting a unique panorama of twentieth-century English literature. 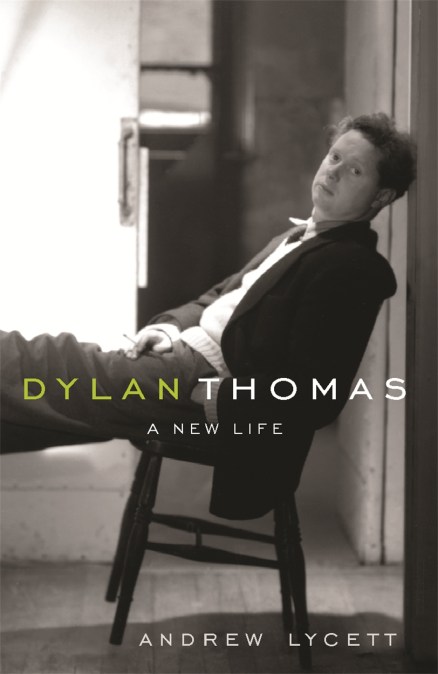 Dylan Thomas was a romantic and controversial figure; a poet who lived to excess and died young. An inventive genius with a gift for both lyrical phrases and impish humour, he also wrote for films and radio, and was renowned for his stage performances. He became the first literary star in the age of popular culture – a favourite of both T.S. Eliot and John Lennon.

As his status as a poet and entertainer increased, so did his alcoholic binges and his sexual promiscuity, threatening to destroy his marriage to his fiery Irish wife Caitlin. As this extraordinary biography reveals, he was a man of many contradictions. But out of his tempestuous life, he produced some of the most dramatic and enduring poetry in the English language. 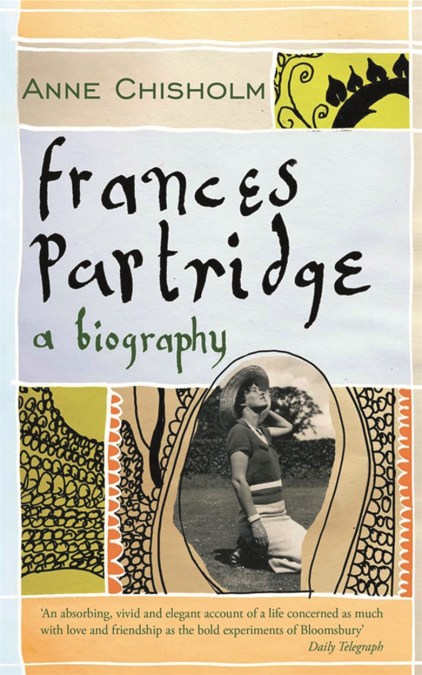 by Anne Chisholm
Frances Partridge: the last survivor of the Bloomsbury group – the authorised biography.

Frances Partridge was one of the great British diarists of the 20th century. She became part of the Bloomsbury group encountering Virginia Woolf, Lytton Strachey, the Bells, Roger Fry, Maynard Keynes, Dora Carrington and Ralph Partridge. She and Ralph fell in love and married in 1933. During the Second World War they were committed pacifists and they enjoyed the happiest times of their lives together, entertaining friends such as E.M. Forster, Robert Kee and Duncan Grant.

Despite losing both her husband and son, Frances maintained an astonishing appetite for life, whether for her friends, travelling, botany, or music. Her diaries (which she continued to write until her death in 2004) chronicle her life from the 1930s onwards. Their publication brought her recognition and acclaim, and earned her the right to be seen not as a minor character on the Bloomsbury stage but standing at the centre of her own. 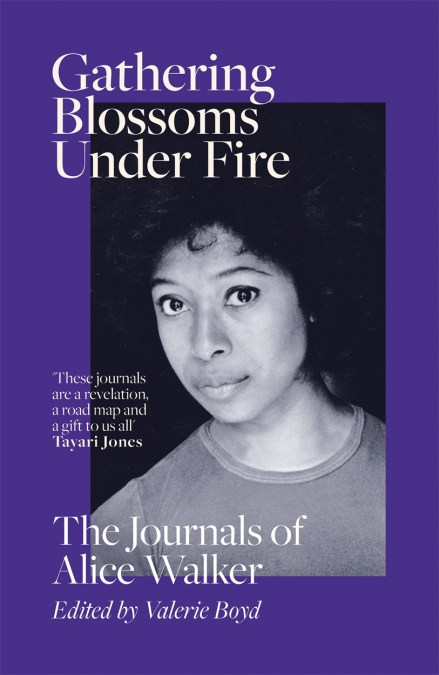 by Alice Walker Edited by Valerie Boyd
‘These journals are a revelation, a road map and a gift to us all’ TAYARI JONES, author of An American Marriage

From the acclaimed author Alice Walker – winner of the National Book Award and the Pulitzer Prize – comes an unprecedented compilation of four decades’ worth of journals that draw an intimate portrait of her development as an artist, intellectual and human rights activist.

In Gathering Blossoms Under Fire, Walker offers a passionate, intimate record of her intellectual, artistic and political development. She also intimately explores – in real time – her thoughts and feelings as a woman, a writer, an African American, a wife, a daughter, a mother, a lover, a sister, a friend, a citizen of the world.

In an unvarnished and singular voice, she writes about an astonishing array of events: marching in Mississippi with other foot soldiers of the civil rights movement, led by Martin Luther King, Jr., or ‘the King’ as she called him; her marriage to a Jewish lawyer, partly to defy laws that barred interracial marriage in the 1960s South; an early miscarriage; the birth of her daughter; writing her first novel; the trials and triumphs of the women’s movement; erotic encounters and enduring relationships; the ‘ancestral visits’ that led her to write The Color Purple; winning the Pulitzer Prize; being admired and maligned, in sometimes equal measure, for her work and her activism; burying her mother; and her estrangement from her own daughter. The personal and the political are layered and intertwined in the revealing narrative that emerges from Walker’s journals. 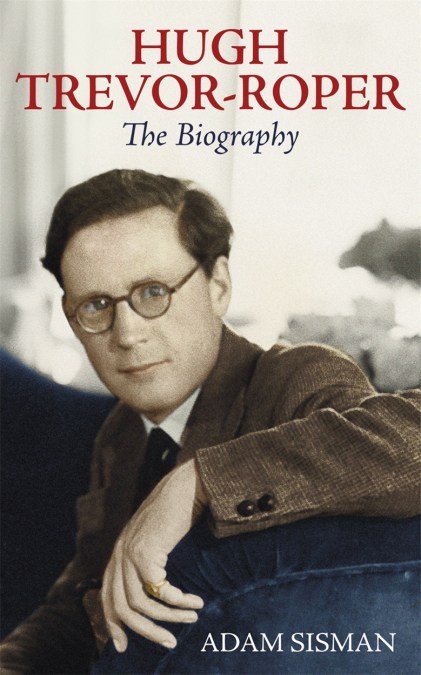 by Adam Sisman
The first biography of the great historian whose career was made and unmade by Hitler.

Hugh Trevor-Roper’s life is a rich subject for a biography – with elements of Greek tragedy, comedy and moments of high farce. Clever, witty and sophisticated, Trevor-Roper was the most brilliant historian of his generation. Until his downfall, he seemed to have everything: wealth and connections, a chair at Oxford, a beautiful country house, an aristocratic wife, and, eventually, a title of his own. Eloquent and versatile, fearless and formidable, he moved easily between Oxford and London, between the dreaming spires of scholarship and the jostling corridors of power. He developed a lucid prose style which he used to deadly effect. He was notorious for his acerbic attacks on other historians, but ultimately tainted his own reputation with a catastrophic error when he authenticated the forged ‘Hitler Diaries’.

Adam Sisman sheds new light on this fascinating and dramatic episode, but also shows that there was much more to Hugh Trevor-Roper’s career than the fiasco of the Hitler Diaries hoax that became his epitaph. From wartime code-breaking to grilling Nazis while the trail was still fresh in 1945 (and finding Hitler’s will buried inside a bottle), to his wide-ranging interests, his snobbery and his malice, his formidable post-war feuds with Evelyn Waugh, Tawney, Toynbee, Taylor and many others, and his secret and passionate affair with an older, married woman. A study in both success and failure, Adam Sisman’s biography is a revealing and personal story of a remarkable life. 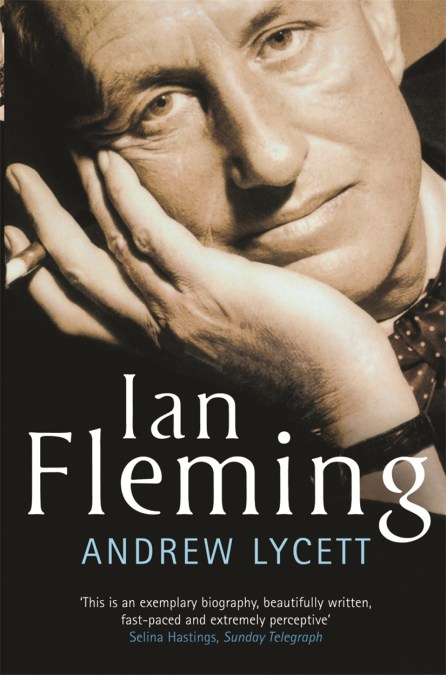 by Andrew Lycett
The definitive biography of author Ian Fleming and the perfect read for anyone enjoying the Sky Atlantic biopic starring Dominic Cooper.

Ian Fleming’s life was just as dramatic as that of his fictional creation, James Bond. Andrew Lycett’s direct access to Fleming’s family, friends and contemporaries has enabled him to reveal the truth behind the complicated facade of this enigmatic and remarkable man.

With an extraordinary cast of characters, this is biography at is best – part history, part gossip and part an informed reassessment of one of this century’s most celebrated yet mysterious personalities. 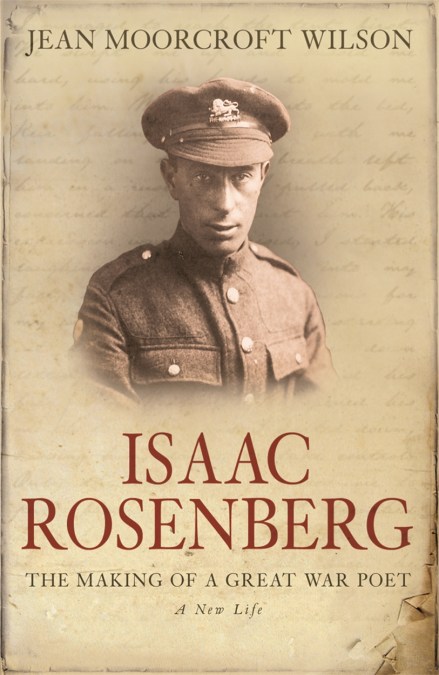 Siegfried Sassoon praised Isaac Rosenberg’s ‘genius’ and T.S. Eliot called him the ‘most extraordinary’ of the Great War poets. Rosenberg died on the Western Front in 1918 aged only twenty-seven, his tragic early death resembling that of many other well-known poets of that conflict. But he differed from the majority of Great War poets in almost every other respect – race, class, education, upbringing, experience and technique. He was a skilled painter as well as a brilliant poet. The son of impoverished immigrant Russian Jews, he served as a private in the army and his perspective on the trenches is quite different from the other mainly officer-poets.

Jean Moorcroft Wilson focuses on the relationship between Rosenberg’s life and work – his childhood in Bristol and the Jewish East End of London; his time at the Slade School of Art and friendship with David Bomberg, Mark Gertler and Stanley Spencer; and his harrowing life as a private in the British Army.
Next Page