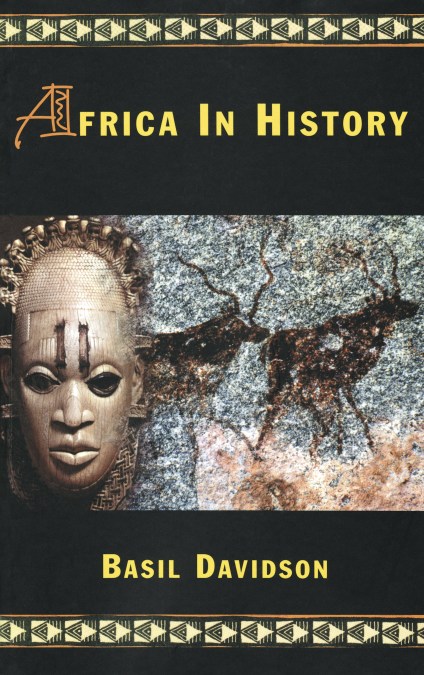 by Basil Davidson
The classic history of Africa from the green Sahara and the Iron Age through the 20th century.

Basil Davidson’s Africa in History was a landmark in the restoration of African history. For centuries the myth had prevailed that Africa had no history prior to direct contact with European “civilization”. This new edition of Basil Davidson’s book not only eradicated these myths, but takes account of much of the most recent scholarship about native African civilizations. 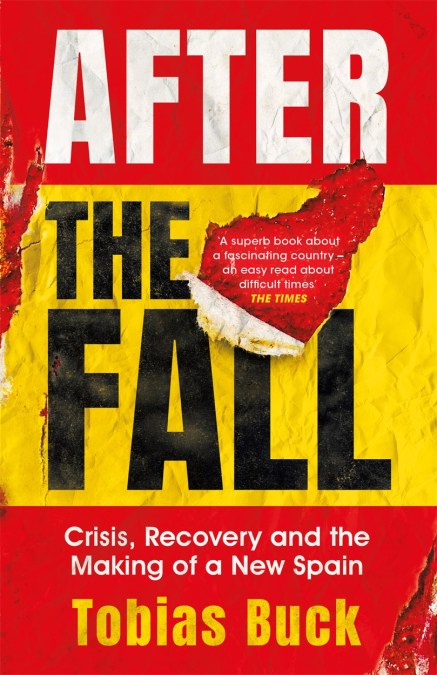 by Tobias Buck
Tobias Buck arrived in Madrid in December 2012, in time to celebrate the bleakest Christmas the city had seen in a generation. Capital and country were reeling from a series of economic shocks that had brought Spain to the brink of ruin. The housing boom had dramatically turned to bust, a large chunk of the nation’s banking system was in state hands, businesses were closing across the country, debt was spiralling out of control and unemployment levels had reached a record high.

AFTER THE FALL presents a rich and vivid portrait of contemporary Spain at a critical moment in the country’s history. The book tells the story of Spain’s long boom and sudden bust, the brutal economic crisis that followed, and the political and social aftershocks that reverberate to this day. It explores the origins of the separatist movement in Catalonia, and its bitter clash with the Spanish government that culminated in a failed secession referendum and a divisive declaration of independence. It looks at the legacy of the Civil War and Franco dictatorship, and the continuing struggle over historical memory in Spain today.

Based on five years of reporting and hundreds of interviews, AFTER THE FALL takes the reader from the offices of power in Madrid and Barcelona to the villages of the Basque country, still haunted by the memory of political violence, and to the towns of Andalusia, where an entire generation has seen its economic hopes shattered. It describes how the country has been changed by the experience of migration, and why – after decades at the margins – the far-right eventually made a return to Spanish politics. For all the problems and challenges facing Spain today, we see that amid the ruins of the crisis, the search for a new Spanish model is already underway. 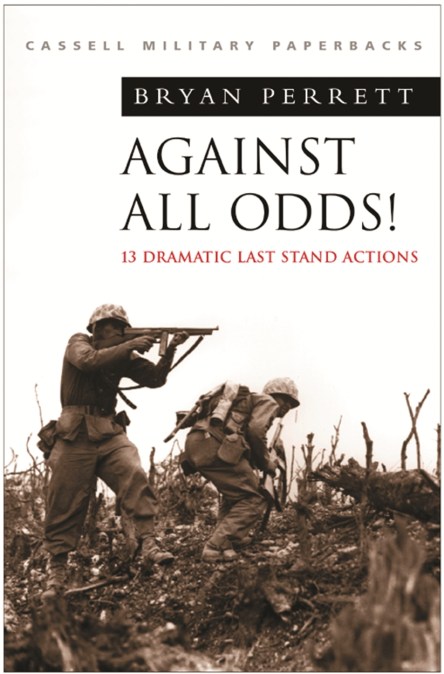 by Bryan Perrett
The story of dramatic military actions where a few fought against many, often with unbelievable success.

From the Napoleonic Wars to Korea, Bryan Perrett has found a further 13 dramatic military actions where a few fought against many, often with unbelievable success. The events take place in Europe, Africa, Asia and North America; they are linked only by the bravery and devilment which led military men to risk their lives for a last ditch attempt to advance their cause. Attending to the important facts and statistics required by the military historian, the author avoids invention and undue surmise whilst also avoiding the dry lecturing style found in so many volumes describing military strategy. The result is an absorbing, exciting and above all accurate account of astonishing battlefield warfare: narrative history of the sort at which Bryan Perrett excels. 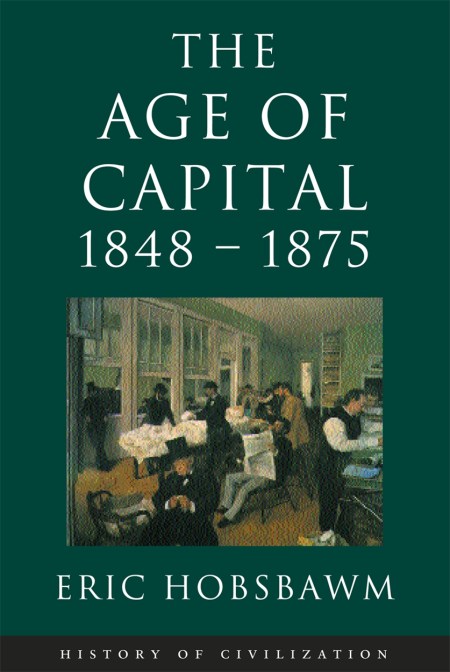 by Eric Hobsbawm
A magisterial account of the rise of capitalism

Eric Hobsbawm’s magnificent treatment of the crucial years 1848-1875 is a penetrating analysis of the rise of capitalism and the consolidation of bourgeois culture. In the 1860s a new word entered the economic and political vocabulary of the world: ‘capitalism’. The global triumph of capitalism is the major theme of history in the decades after 1848. The extension of capitalist economy to four corners of the globe, the mounting concentration of wealth, the migration of men, the domination of Europe and European culture made the third quarter of the nineteenth century a watershed. This is a history not only of Europe but of the world.

Eric Hobsbawm’s intention is not to summarise facts, but to draw facts together into a historical synthesis, to ‘make sense of’ the period, and to trace the roots of the present world back to it. He integrates economics with political and intellectual developments in this objective yet original account of revolution and the failure of revolution, of the cycles of boom and slump that characterise capitalist economies, of the victims and victors of the bourgeois ethos. 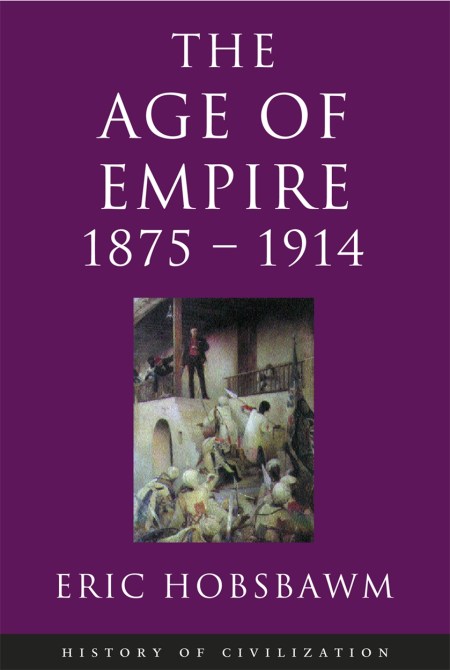 by Eric Hobsbawm
THE AGE OF EMPIRE is a book about the strange death of the nineteenth century, the world made by and for liberal middle classes in the name of universal progress and civilisation. It is about hopes realised which turned into fears: an era of unparalleled peace engendering an era of unparalleled war; revolt and revolution emerging on the outskirts of society; a time of profound identity crisis for bourgeois classes, among new and sudden mass labour movements which rejected capitalism and new middle classes which rejected liberalism.

It is about world empires built and held with almost contemptuous ease by small bodies of Europeans which were to last barely a human lifetime, and a European domination of world history, which was never more confident than at the moment it was about to disappear for ever. It is about Queen Victoria, Madame Curie and the Kodak Girl, and the novel social world of cloth caps, golf clubs and brassieres, about Nietzsche, Carnegie, William Morris and Dreyfus, about politically ineffective terrorists, one of whom, to his and everyone’s surprise, started a world war.

With the AGE OF EMPIRE, Eric Hobsbawm, Britain’s leading historian of the left, brings to a dazzling climax his brilliant interpretative history of ‘the long nineteenth century’. 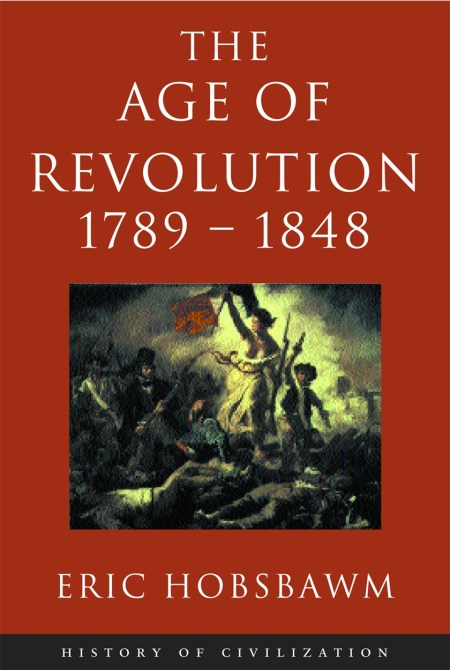 Between 1789 and 1848 the world was transformed both by the French Revolution and also by the Industrial Revolution that originated in Britain. This ‘Dual Revolution’ created the modern world as we know it.

Eric Hobsbawm traces with brilliant analytical clarity the transformation brought about in every sphere of European life by the Dual Revolution – in the conduct of war and diplomacy; in new industrial areas and on the land; among peasantry, bourgeoisie and aristocracy; in methods of government and of revolution; in science, philosophy and religion; in literature and the arts. But above all he sees this as the period when industrial capitalism established the domination over the rest of the world it was to hold for a century.

Eric Hobsbawm’s enthralling and original account is an impassioned but objective history of the most significant sixty years in the history of Europe. 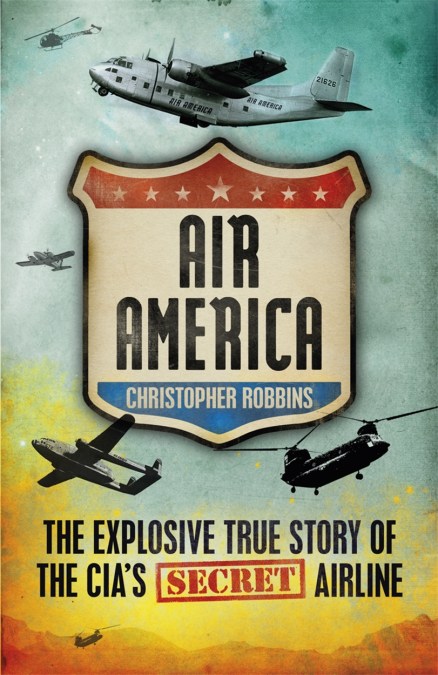 by Christopher Robbins
The incredible inside story of the world’s most extraordinary covert operation.

Air America – a secret airline run by the CIA – flew missions no one else would touch, from General Claire Cennault’s legendary Flying Tigers in WW II to two brutal decades cruising over the bomb-savaged jungles of Southeast Asia. Their pilots dared all and did all – a high-rolling, fast-playing bunch of has-beens and hellraisers whose motto was ‘Anything, Anywhere, Anytime’. Whether it was delivering food and weapons or spooks and opium, Air America was the one airline where you didn’t need reservations – just a hell of a lot of courage and a willingness to fly to the bitter end. 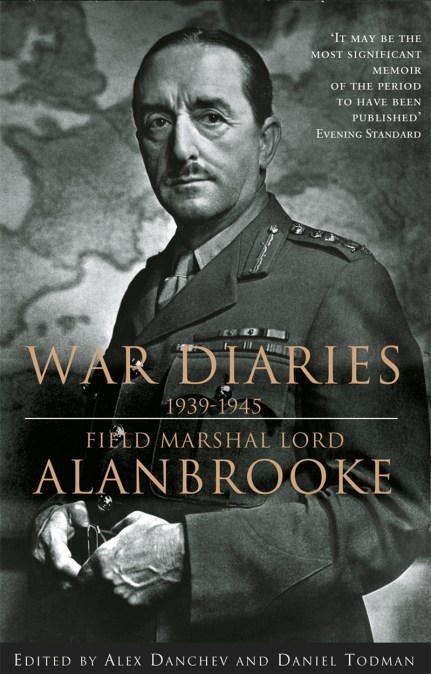 Alanbrooke was CIGS – Chief of the Imperial General Staff – for the greater part of the Second World War. He acted as mentor to Montgomery and military adviser to Churchill, with whom he clashed. As chairman of the Chiefs of Staff committee he also led for the British side in the bargaining and the brokering of the Grand Alliance, notably during the great conferences with Roosevelt and Stalin and their retinue at Casablanca,Teheran, Malta and elsewhere. As CIGS Alanbrooke was indispensable to the British and the Allied war effort.

The diaries were sanitised by Arthur Bryant for his two books he wrote with Alanbrooke. Unexpurgated, says Danchev, they are explosive. The American generals, in particular, come in for attack. Danchev proposes to centre his edition on the Second World War. Pre and post-war entries are to be reduced to a Prologue and Epilogue). John Keegan says they are the military equivalent of the Colville Diaries (Churchill’s private secretary), THE FRINGES OF POWER. These sold 24,000 in hardback at Hodder in 1985. 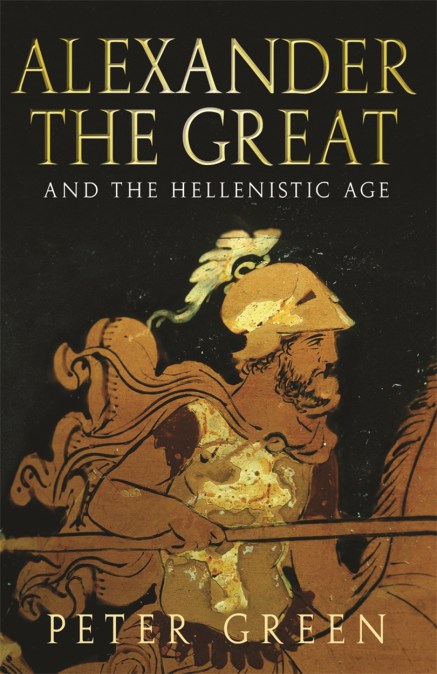 by Peter Green
A masterly narrative survey of three centuries, from Alexander’s conquest and empire to the triumph of Rome.

The book begins with the personality and achievements of Alexander the Great, and continues with the military and political violence of the successor-kingdoms that fought over his inheritance.

This era saw many important developments: a shift from the oral to the written; a move from the public to the private and a new individualist ethos; a huge growth in slavery, and therefore a glut of slave-labour which destroyed the incentive to innovate; a growing gap between rich and poor; a growing taste for luxury. 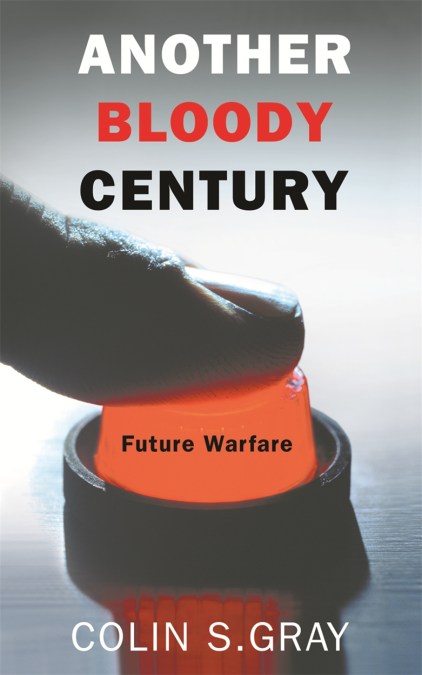 by Colin S. Gray
How the wars of the near future will be fought and who will win them

Many nations, peoples and special interest groups believe that violence will advance their cause. Warfare has changed greatly since the Second World War; it continued to change during the late 20th century and this process is still accelerating. Political, technological, social and religious forces are shaping the future of warfare, but most western armed forces have yet to evolve significantly from the cold war era when they trained to resist a conventional invasion by the Warsaw Pact. America is now the only superpower, but its dominance is threatened by internal and external factors. The world’s most hi-tech weaponry seems helpless in the face of determined guerrilla fighters not afraid to die for their beliefs.

Professor Colin Gray has advised governments on both sides of the Atlantic and in ANOTHER BLOODY CENTURY, he reveals what sort of conflicts will affect our world in the years to come. 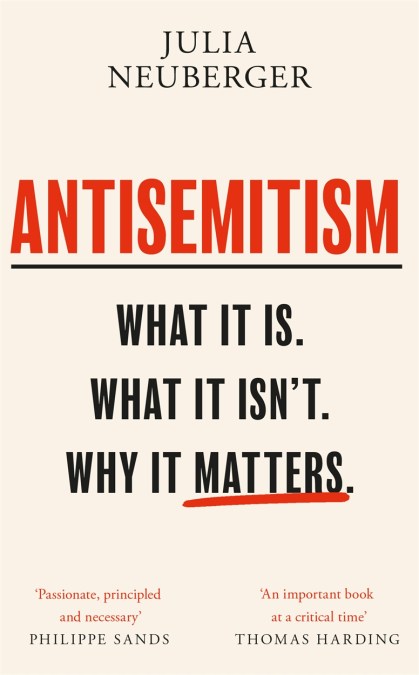 by Julia Neuberger
Antisemitism has been on the rise in recent years, with violent attacks, increased verbal insults, and an acceptability in some circles of what would hitherto have been condemned as outrageous antisemitic discourse. Yet despite the dramatic increase in debate and discussion around antisemitism, many of us remain confused.

In this urgent and timely book, Rabbi Julia Neuberger uses contemporary examples, along with historical context, to unpack what constitutes antisemitism, building a powerful argument for why it is so crucial that we come to a shared understanding now. 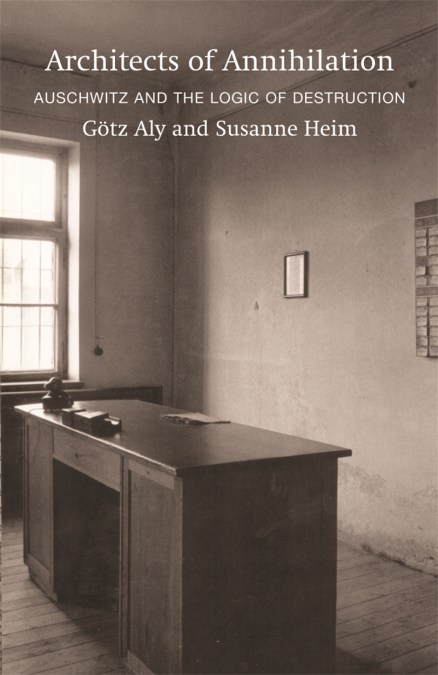 by Gotz Aly by Susanne Heim
Architects of Annihilation follows the activities of the demographers, economists, geographers and planners in the period between the disorderly excesses of the November 1938 pogrom and the fully-effective operation of the gas chambers at Auschwitz in summer 1942. The authors, both journalists and historians, argue that this group of intellectuals, often combining academic, civil service and Party functions, made an indispensable contribution to the planning and execution of the Final Solution. More than that, in the economic and demographic rationale of these experts, the Final Solution was only one element in a far-reaching programme of self-sufficiency which privileged the German Aryan population.
Previous Page Next Page