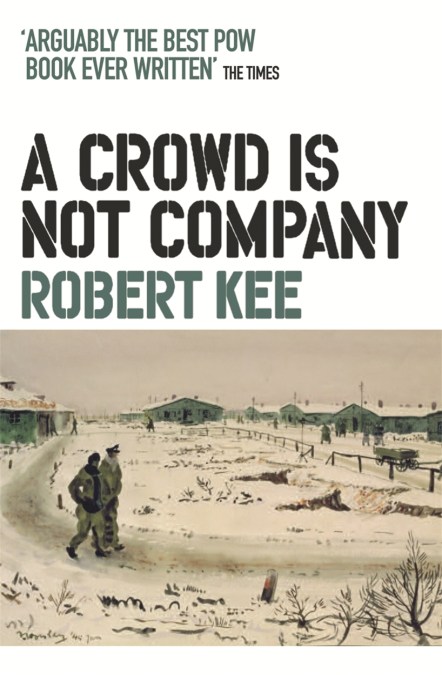 by Robert Kee
Journalist and broadcaster Robert Kee was an RAF bomber pilot in the Second World War. When his plane was shot down over Nazi-occupied Holland, he was captured and spent three years and three months in a German POW camp.

From the beginning he was intent on escape. After several false starts, he finally made it.

First published in 1947 as a novel, but now revealed to be an autobiography, A Crowd Is Not Company recounts Kee’s experiences as a prisoner of war and describes in compelling detail his desperate journey across Poland – a journey that meant running the gauntlet of Nazism. 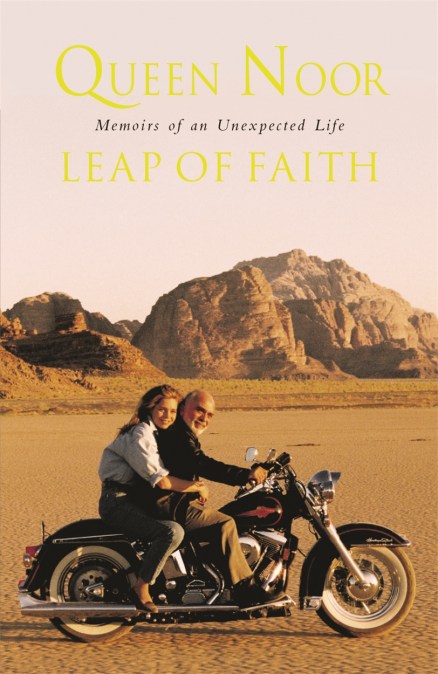 A Leap of Faith

by Queen Noor
The dramatic and inspiring story of one woman’s incredible journey into the heart of a man and his nation.

Born into a distinguished Arab-American family, Lisa Halaby was a strongly independent young woman. After studying architecture at Princeton, her work on projects in the Middle East gave her a profound understanding both of the links between the environment and social problems, and also of the tumultuous history of the Arab nations.

Then, in 1974, her life took a very different turn, when her father introduced her to the world’s most eligible bachelor, King Hussein of Jordan. After a whirlwind romance, she became Noor Al Hussein, Queen of Jordan.

With eloquence and honesty, Queen Noor speaks of the obstacles she faced as a young bride and of her successful struggle to create a role for herself as a humanitarian activist. She tells of her heartbreaking miscarriage and the births of her four children, along with her continuing support for King Hussein’s campaign to bring peace to the Arab nations. But most of all this is a love story – an honest and engaging portrait of a truly remarkable woman and the man she married. 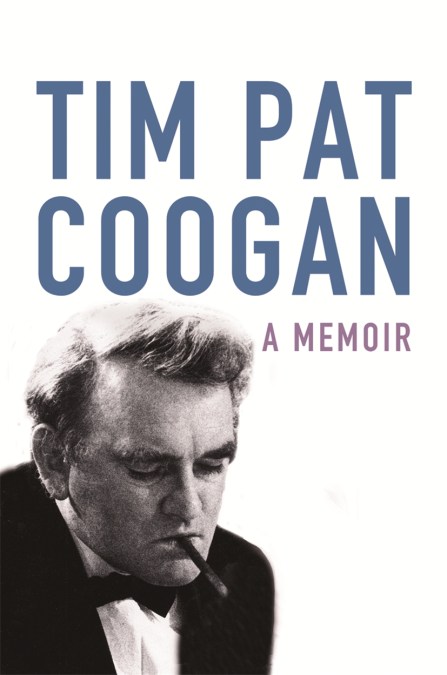 Ireland’s best-known journalist, broadcaster, historian and bestselling biographer Tim Pat Coogan has not only reported the news – he’s been the news. Through the Irish Press, where he served as editor for twenty years, he is renowned for bringing social and political change to Ireland. He went on to play a vital role in bringing the IRA/Sinn Fein to the peace talks table, and has always been uniquely placed to comment authoritatively – if not controversially – on all aspects of Irish current affairs.

From personal to political, his revelatory memoir gives genuine insight into the life and high-profile career of a man at the centre of Irish politics and society. 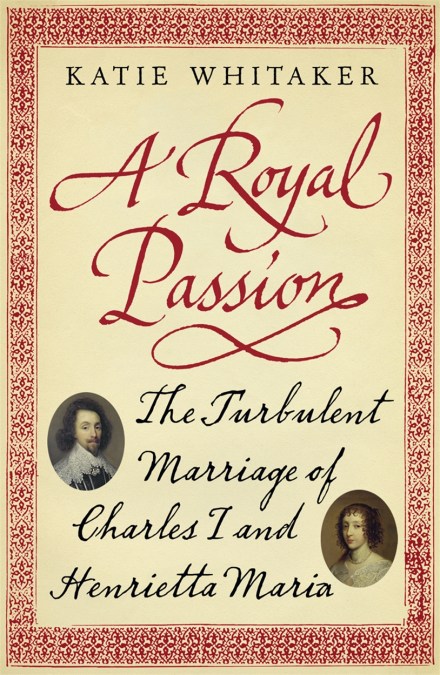 by Katie Whitaker
From quarrels, passion, treason to execution, discover one of the great overlooked love stories of history.

King Charles I was a Protestant. Henrietta Maria, a 15-year-old French princess, was a Catholic. Arranged for political gain, their marriage was a dangerous experiment, yet against the odds they fell in love.

However Henrietta’s Catholicism fuelled rumours of improper influence over a supposedly helpless king. Unable to trust his Parliament, Charles’s fear for the queen’s safety plummeted the country into civil war and forced her to flee abroad, never to see her husband again. They kept up a poignant correspondence but in 1649, the king was condemned as a traitor and publicly executed, thus ending an extraordinary partnership that influenced the course of history.

‘Bright, subtle and astute’
The Spectator

‘In her lively portrait of the ill-fated marriage of Charles I and Henrietta Maria, Katie Whitaker has brought their tragedy and the English Civil War vividly to life’
David Starkey 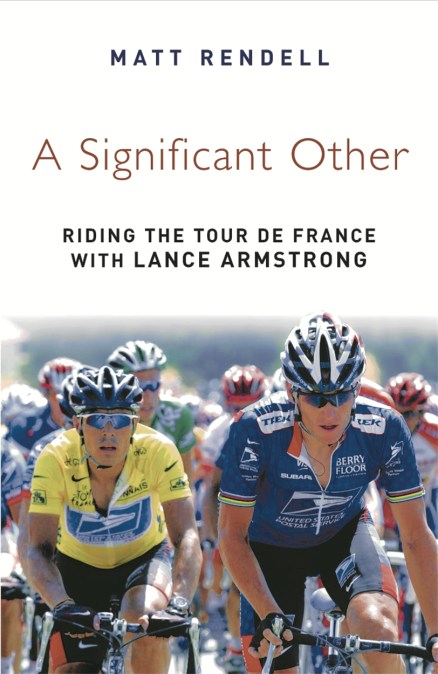 Lance Armstrong’s place in the cycling history books is assured. Winner of the Tour de France a record-breaking six times, he is regarded as one of the greatest individual talents the sport has ever seen. Perhaps his most compelling victory was in 2003 when he won the coveted Centenary race. However, without the team of brilliant athletes assembled to support him – the domestiques – victory in the Tour would have been impossible.

Not only do these superbly trained athletes ride alongside the team leader, supplying water and equipment, but they also create a moving stream of energy that is vital for competitive success. In 2003, Lance Armstrong’s domestique, Victor Hugo Peña, actually took over the yellow jersey and stepped into history. A Significant Other is the story of that race but also of these unsung heros of the sport. 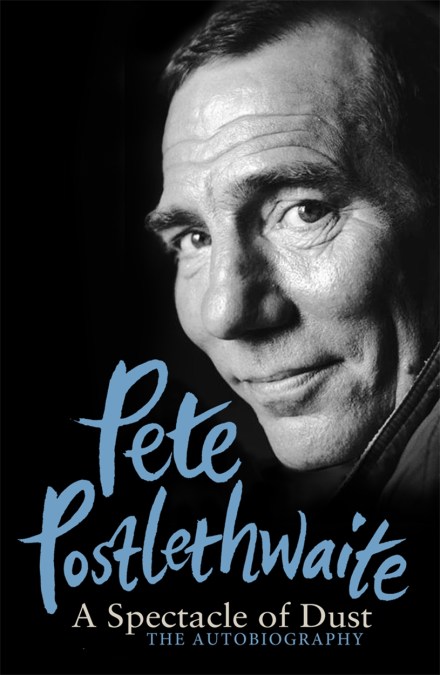 A Spectacle of Dust

After training as a teacher, Pete Postlethwaite started his acting career at the Liverpool Everyman Theatre where his colleagues included Bill Nighy, Jonathan Pryce, Antony Sher and Julie Walters. After routine early appearances in small parts for television programmes such as THE PROFESSIONALS, Postlethwaite’s first success came with the acclaimed British film DISTANT VOICES, STILL LIVES in 1988. He then received an Academy Award nomination for his role in THE NAME OF THE FATHER in 1993. His performance as the mysterious lawyer “Kobayashi” in THE USUAL SUSPECTS is well-known, and he appeared in many successful films including ALIEN 3, BRASSED OFF, THE SHIPPING NEWS, THE CONSTANT GARDENER, as Friar Lawrence in Baz Luhrmann’s ROMEO + JULIET, and in INCEPTION with Leonardo diCaprio.

Pete Postlethwaite was one of the best-loved and widely admired performers on stage, TV (SHARPE, THE SINS) and in cinema. In THE ART OF DISCWORLD, Terry Pratchett said that he had always imagined Sam Vimes as ‘a younger, slightly bulkier version of Pete Postlethwaite’, while Steven Spielberg called him ‘the best actor in the world’, about which Postlethwaite said: ‘I’m sure what Spielberg actually said was, “the thing about Pete is that he thinks he’s the best actor in the world.”‘ This is the story of a diverse and multi-talented actor’s eventful life, told in his own candid and vibrant words. 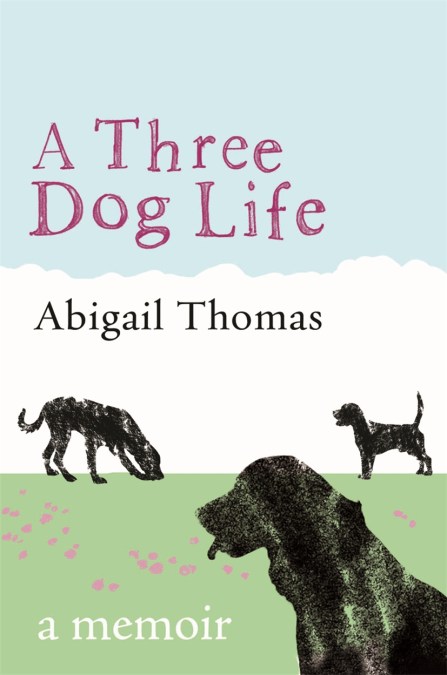 by Abigail Thomas
Spellbinding memoir of a woman coping with the aftermath of her husband’s traumatic brain injury.

When Abigail Thomas’s husband, Richard, was hit by a car, it destroyed his short-term memory and consigned him to permanent brain trauma. He had been taking their dog, Harry, out for a walk, and Harry had come home alone.

Subject to rages, terrors, and hallucinations, Rich must live the rest of his life in an institution. He has no memory of what he did the hour, the day, the year before. This tragedy is the ground on which Abigail had to build a new life rather than abandon her husband. How she built that life is a story of great courage and great change, of moving to a small country town, of a new family composed of three dogs, knitting and friendship, of facing down guilt and discovering gratitude. It is also about her relationship with Rich, a man who lives in the eternal present, and the eerie poetry of his often uncanny perceptions. This wise, plain-spoken, beautiful book enacts the truth Abigail discovered in the five years since the accident: You might not find meaning in disaster, but you might, with effort, make something useful of it.

Forced to adapt to a life alone, Abigail finds solace at home, discovering that friends, family and dogs (Carolina, Harry and Rosie) can reshape a life of chaos into one that, while wrenchingly sad, makes sense – a life full of its own richness and beauty. 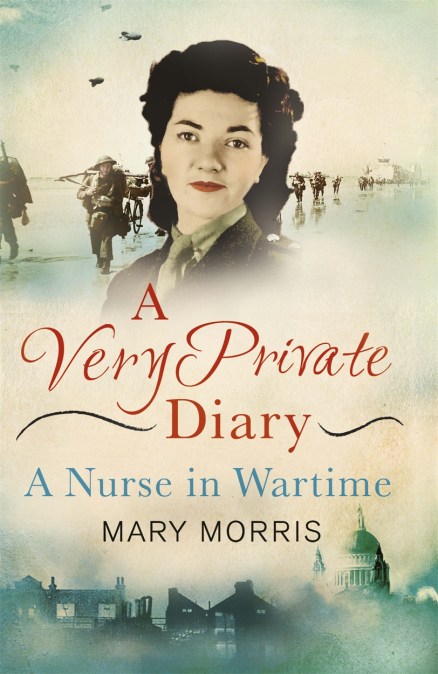 by Mary Morris Edited by Carol Acton
The newly discovered diary of a wartime nurse – a fascinating, dramatic and unique insight into the experiences of a young nurse in the Second World War.

1939: 18-year-old trainee nurse Mary Mulry arrives in London from Ireland, hoping for adventure. Little did she know what the next seven years would bring.

In her extraordinary diary, published now for the first time, Mary records in intimate detail her life as a nurse, both on the Home Front and on the frontline. From nursing children during bombing raids in London to treating Allied soldiers in Normandy, Mary’s experiences gave her vivid and unforgettable material for the private diary she was dedicated to keeping.

Filled with romance, glamour and inevitably sadness, too, these are the rich memories of an irrepressible personality, living through the turbulent years of the Second World War. 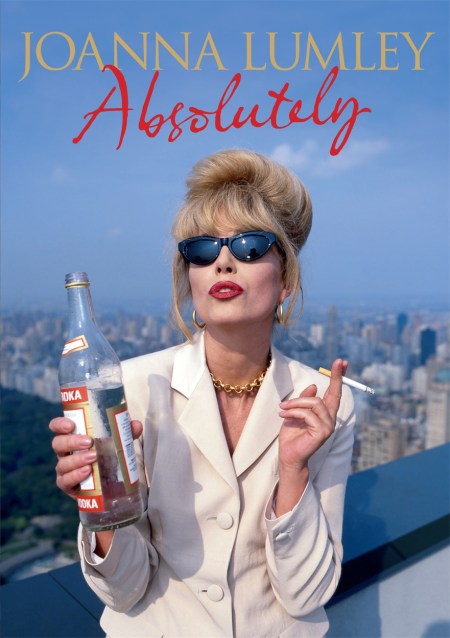 by Joanna Lumley
‘Mischievous and measured, Joanna Lumley gives us a remarkable portrait of a groovy life…a life astonishingly rich in experience’ THE TIMES

‘Captures perfectly the mixture of poshness and larkiness that has captivated Joanna Lumley’s audiences…Joanna writes beautifully, managing to be both thoughtful and amusing’ DAILY MAIL

‘An actress with an extraordinarily varied life that has taken her from Kashmir to Kent, from Bond girl to Ab Fab. It’s all here in this gloriously illustrated, entertaining memoir, that’s packed with personal photos and reminiscences’ WOMAN & HOME

Joanna Lumley is one of Britain’s undisputed national treasures. A single mum, iconic actress, voiceover artist and author, best known for her roles in ABSOLUTELY FABULOUS and THE NEW AVENGERS, she is a former model and Bond girl, a human rights activist for Survival International and the Gurkha Justice Campaign, and is now considered a ‘national treasure’ of Nepal as well as the UK.

She has won two BAFTA awards, but it is the sheer diversity of her life that has made her so compelling a personality – early years in Kashmir and Malaya, growing up in Kent, then a photographic model before becoming an actress, appearing in a huge range of roles, and many documentaries including those on on the Northern Lights, Bhutan and the Nile.

‘Lumley has done it all, from sex kitten and TV star to activist for the Gurkhas. Read about it here.’ – No.2 of The Independent’s ‘Ten Best New Memoirs’ INDEPENDENT 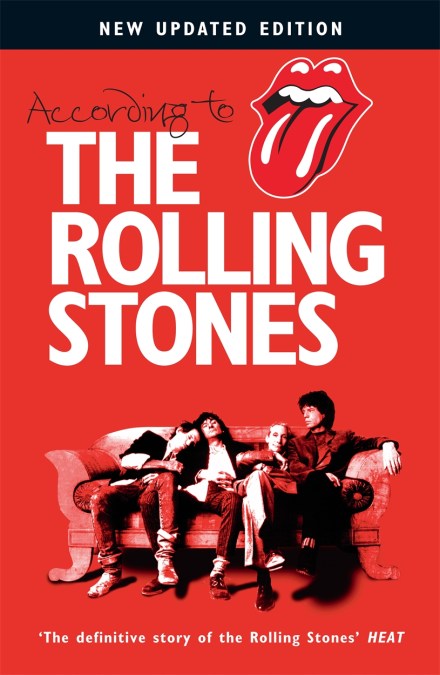 According to The Rolling Stones

In this remarkable book, the Stones themselves reveal the story behind the legend, getting right to the heart of what makes the group tick. It’s the band’s-eye view of their history, punctuated by pithy comments on album and single releases, on memorable performances and on the ups and downs of their private world, and also includes stunning illustrations, many from their own personal archives. The book begins with their roots and what brought them together. It then charts their rise from playing in tiny clubs to their success as ‘the greatest rock ‘n’ roll band in the world’. They describe how their music has evolved and how it has changed their lives.

‘It wasn’t so much a question of being a wizard on the guitar. You also had to be quite a magician to live with the Stones’ Ronnie Wood 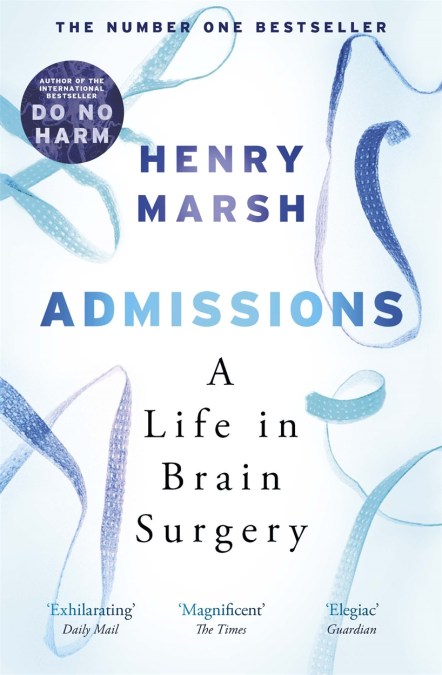 Henry Marsh has spent four decades operating on the human brain. In this searing and provocative memoir following his retirement from the NHS, he reflects on the experiences that have shaped his career and life, gaining a deeper understanding of what matters to us all in the end. 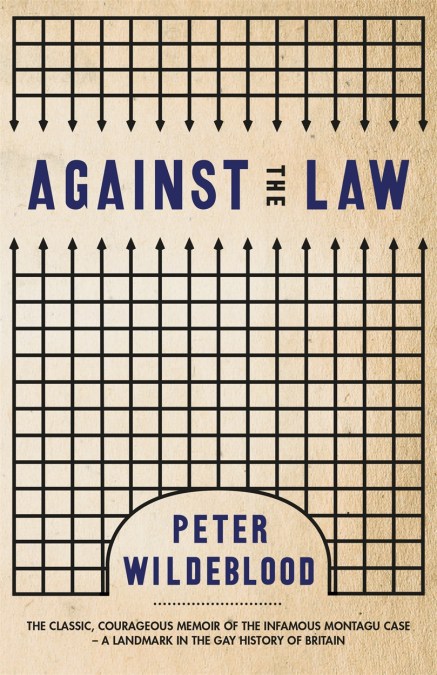 In March 1954 Peter Wildeblood, a London journalist, was one of five men charged with homosexual acts in the notorious Montagu case. Wildeblood was sentenced to eighteen months in prison, along with Lord Montagu and Major Michael Pitt-Rivers. The other two men were set free after turning Queen’s Evidence.

Against the Law tells the story of Wildeblood’s childhood and schooldays, his war service, his career as a journalist, his arrest, trial and imprisonment, and finally his return to freedom. In its honesty and restraint it is eloquent testimony to the inhumanity of the treatment of gay men in Britain within living memory.
Next Page