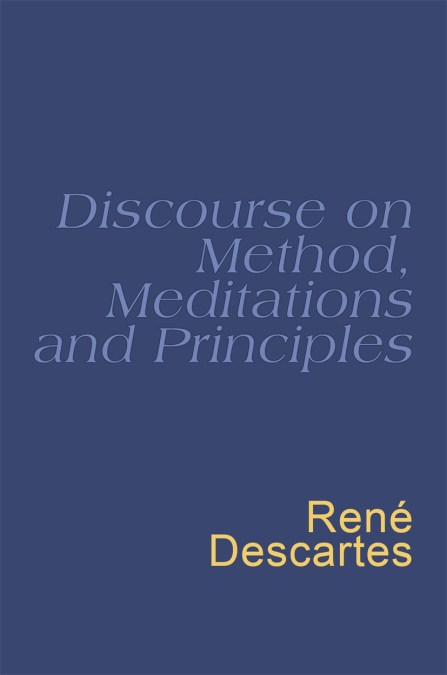 Discourse On Method, Meditations And Principles

by Rene Descartes
With the celebrated words ‘I think therefore I am’, Descartes’ compelling argument swept aside ancient and medieval traditions. He deduced that human beings consist of minds and bodies; that these are totally distinct ‘substances’; that God exists and that He ensures we can trust the evidence of our senses.

Ushering in the ‘scientific revolution’ of Galileo and Newton, Descartes’ ideas have also set the agenda for debate ever since.

By calling everything into doubt, Descartes laid the foundations of modern philosophy. 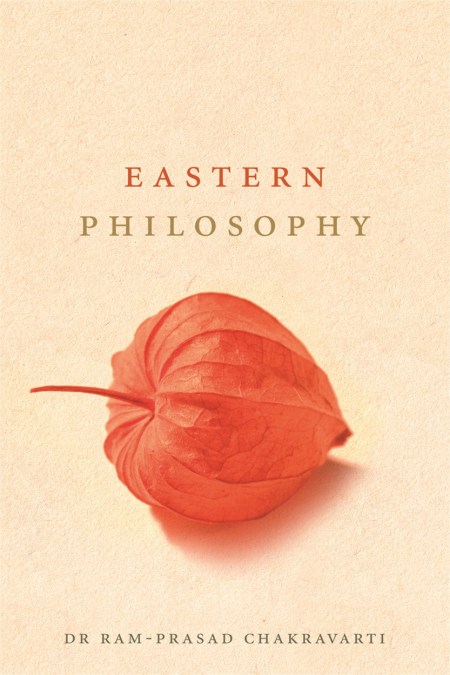 by Chakravarthi Ram-Prasad
A magisterial overview of the philosophies of the East.

‘The time has come for global philosophy to move beyond the model where the West is at the centre of radiating spokes of comparison.’ Challenging the notion that Western philosophy is the best or only yardstick against which to judge the so-called ‘non-Western’ philosophies, Chakravarthi Ram-Prasad sets up a lively debate in which the great thought systems of the East are engaged very much in their own terms. The author’s impressive sweep takes him through South Asia east to China and Japan, encompassing 3000 years of philosophy and including the ancient philosophies of India, Jainism, Buddhism, Daoism and Confucianism.

At the same time, Ram-Prasad dispels the romantic illusion that there is some common mystical ‘wisdom tradition’ that binds together the cultures of the East. His aim is to give a sense of the diversity and depth of these philosophical cultures, as well as their sophistication and originality; and to make comparisons between them to illuminate their varied yet potentially universal appeal. 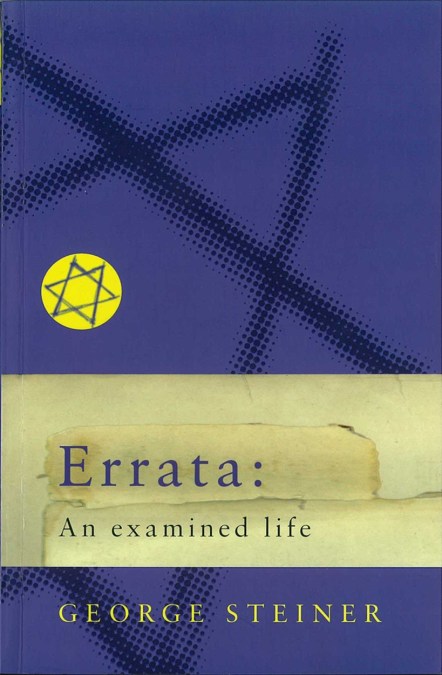 by George Steiner
A fascinating insight into a piercingly intelligent mind.

Steiner’s brilliant and elegant new book draws on episodes from his life to explore the central themes and ideas of his thinking and writing over the course of much of our troubled century.

An exploration of the ideas of the life of a major and brilliant thinker, the closest we will get to an autobiography. 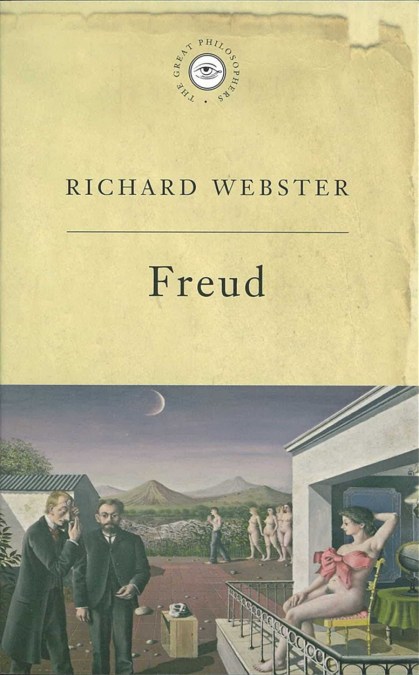 A critical reassessment of one of the most controversial philosophers of the last century.

Few figures have had so decisive and fundamental an influence on the course of modern cultural history as Sigmund Freud. Yet few figures also have inspired such intense controversy and continued debate. The criticisms directed against his ideas have tended to become better informed with the passing of time.

With almost a hundred years of Freud scholarship to draw on, it is now possible, perhaps for the first time, to offer a considered and balanced judgement on the value both of Freud’s thought and of the movement he founded. It is this which Richard Webster has set out to do in a book which provides both a lucid introduction to Freud’s theories and a striking account of why it is that Freud is still widely regarded as the most important of all modern thinkers. 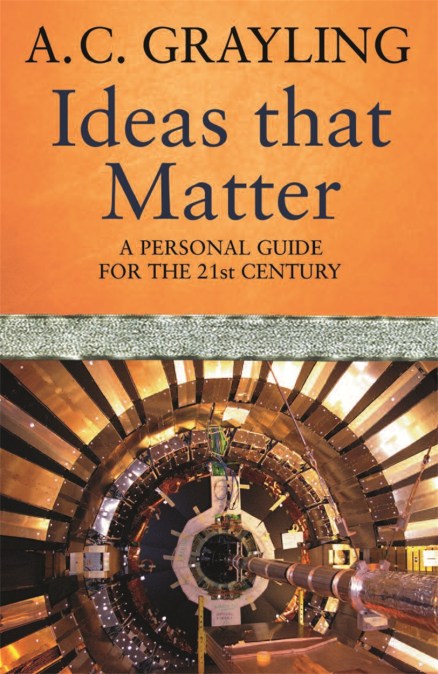 by A.C. Grayling
Leading philosopher’s guide to the ideas that will shape the 21st century

‘Ideas are the cogs that drive history, and understanding them is half way to being aboard that powerful juggernaut rather than under its wheels’.

This is a book that celebrates the power of ideas: thought can, and does, change the world. And, in turn, ideas evolve. Fundamentalism, environmentalism and bioethics are defining our future just as Marxism, feminism or existentialism have influenced our present. So what do we need to know as we move into the 21st century? More than a simple reference work, this is A.C. Grayling’s personal and heartfelt guide to the ideas, past and present, that shape our world. Covering religion, philosophy, scientific theory and political movements, each alphabetically ordered entry illuminates, elucidates and provokes. Written with Grayling’s customary fire and erudition, the result is a book that aims both to arm readers with knowledge and engage them in philosophical debate. 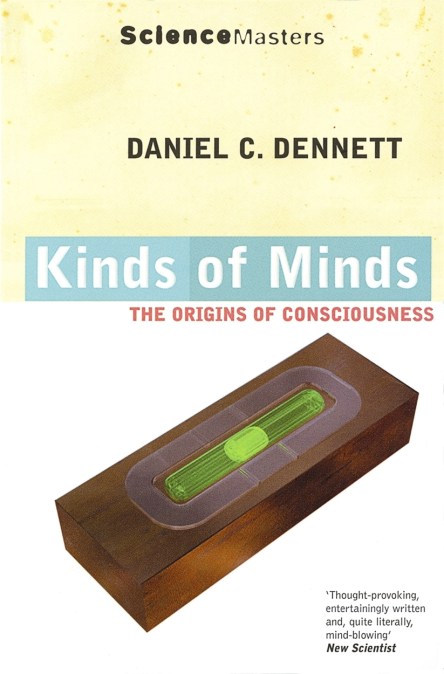 by Daniel C. Dennett
Daniel Dennett examines the different elements that make up what we call ‘minds’

What kinds of minds are there, and how do we know? The first question is about what exists and the second is about our knowledge. The aim of Kinds of Minds is to answer these questions, in general outline, and to show why these two questions have to be answered together. What exists is one thing. What we can know about is something else. But we know enough about minds, Dennett argues, to know that one of the things that makes them different from everything else in the universe is the way we know about them. 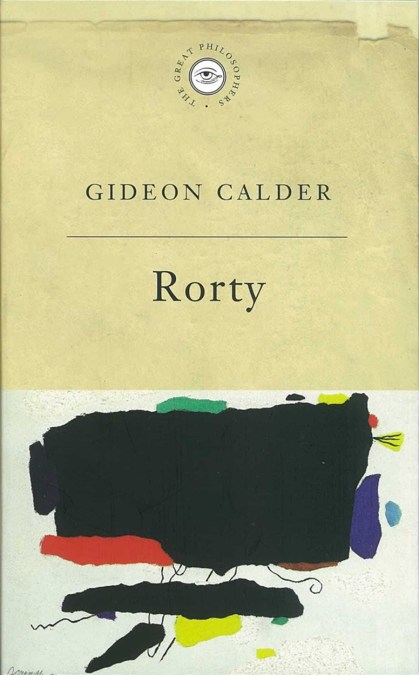 An accessible overview of the work of one of our most influential living philosophers, as part of the popular Great Philosophers series. Richard Rorty is often cited as the most prominent philosophical defender of postmodernism. Best known for his unusually readable books and articles on philosophy – most notably Philosophy and the Mirror of Nature (1979) and Contingency, Irony, and Solidarity (1989) – Rorty has for some years now been a wide-ranging public intellectual, unwilling to be confined within the boundaries of academe.

There is no real school of Rortianism. But Rorty-bashing is almost an industry in itself. He is a renegade to purists, a reactionary to radicals and a subversive to conservatives. And yet he presents his ideas as the culmination and extension of many of the most familiar and fashionable trends in contemporary thinking. 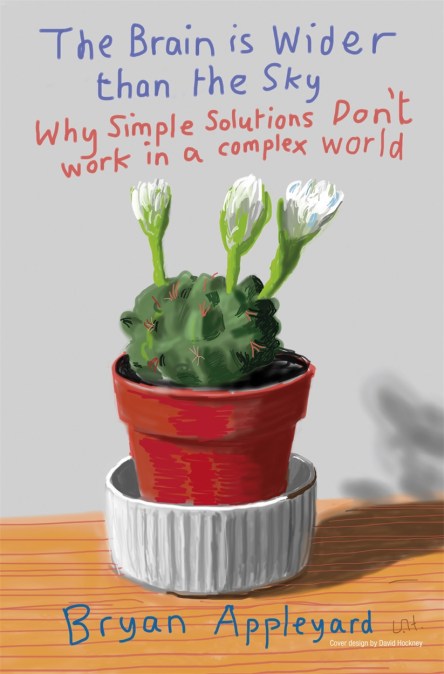 The Brain is Wider Than the Sky

Simplicity has become a brand and a cult. People want simple lives and simple solutions. And now our technology wants us to be simpler, to be ‘machine readable’. From telephone call trees that simplify us into a series of ‘options’ to social networks that reduce us to our purchases and preferences, we are deluged with propaganda urging us to abandon our irreducibly complex selves.

At the same time, scientists tell us we are ‘simply’ the products of evolution, nothing more than our genes. Brain scanners have inspired neuroscientists to claim they are close to cracking the problem of the human mind. ‘Human equivalent’ computers are being designed that, we are told, will do our thinking for us. Humans are being simplified out of existence.

It is time, says Bryan Appleyard, to resist, and to reclaim the full depth of human experience. We are, he argues, naturally complex creatures, we are only ever at home in complexity. Through art and literature we see ourselves in ways that machines never can. He makes an impassioned plea for the voices of art to be heard before those of the technocrats. Part memoir, part reportage, part cultural analysis, THE BRAIN IS WIDER THAN THE SKY is a dire warning about what we may become and a lyrical evocation of what humans can be. For the brain is indeed wider than the sky. 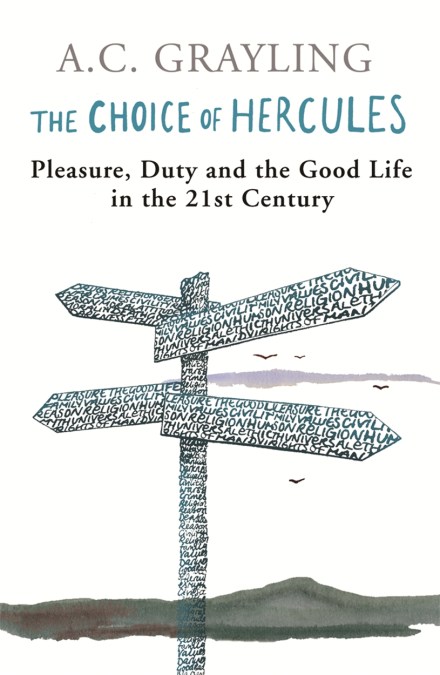 The Choice Of Hercules

by A.C. Grayling
Duty or Pleasure? This was the legendary choice which faced Hercules and which pre-eminent philosopher A.C. Grayling uses as the starting point of this masterful book.

He shows us how much more people can understand about themselves and their world by reflecting on today’s moral challenges. Above all, he explores the idea that certain demands and certain pleasures are necessary, not just because of their intrinsic merits but because of what they do for each other.

With exceptional clarity and unrivalled prose, Grayling addresses the everyday ethical choices which confront us all. 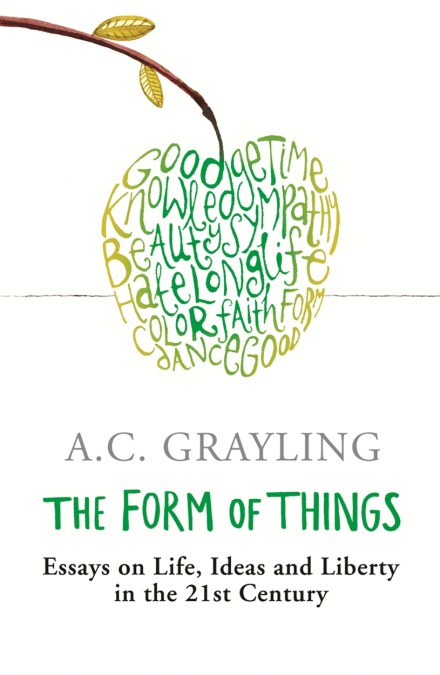 The Form of Things

‘Grief and loneliness, depression, despair and failure – those things are the common human lot at least at times in all our lives’.

Yet it is philosophy which, while not providing an answer to these problems, can enable us to prepare for them, and create strategies with which to deal with them. It is only through reflecting upon the world around us, reading, thinking, questioning, enjoying, that we can inculcate understanding, tolerance and importantly the courage to live our lives. It is our responsibility to live such ‘considered lives’ and to realise that we are authors of a narrative that can be shaped and controlled.

This is the fifth in a series of essay miscellanies from our foremost philosopher A.C. Grayling, reflecting upon the form of our world and its multiplicity. The essays are grouped by theme into reflections upon life and the standards we live by, including vivid polemics and perceptive pieces on significant thinkers, contemporary rights and liberties issues. This book brilliantly articulates the philosophical debate and reflection that is needed to prepare us for life in the twenty-first century. 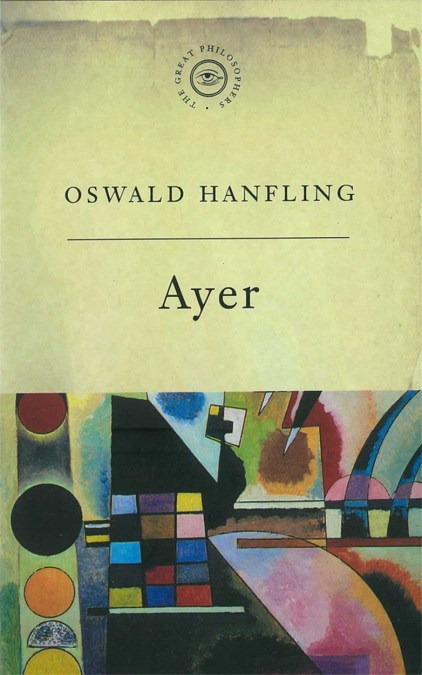 by Oswald Hanfling
Part of the GREAT PHILOSOPHERS series.

Ayer is best remembered for Language, Truth and Logic (1936), which introduced British and American readers to the logical positivism of the Vienna circle. Hanfling shows in this introduction to Ayer’s work how he turned this philosophy into a form of British empiricism in the tradition of Hume.

According to Ayer, philosophy is an activity of analysts. Metaphysical truths can be neither established nor refuted by philosophical enquiry: they are meaningless. In support of this claim, he deployed his ‘principle of verifiability’. But he found it difficult to refine the principle ‘in such a way as to find a middle ground between [an] over-strict requirement’ which would disqualify perfectly ordinary statements as meaningless, and ‘the over-indulgent licensing of gibberish’ – including that of metaphysics. 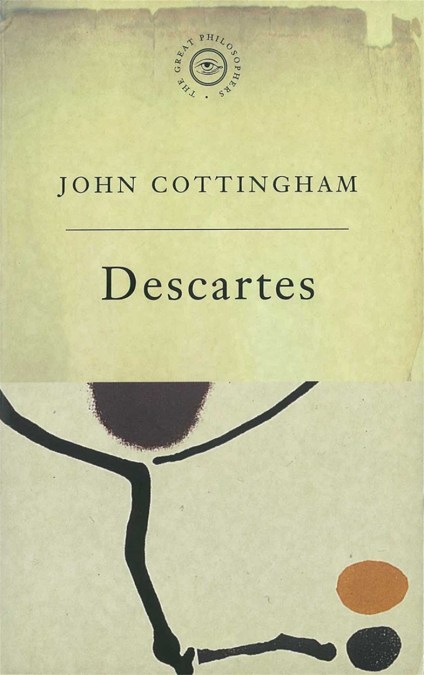 The ‘father of modern philosophy’, René Descartes has been accorded all the admiration a father customarily receives – and all the resentment.

That mind-body duality by which he so deftly made sense of us now seems less paradigm than prison. And yet, to unthink it appears impossible. For better of worse, Descartes must remain our starting-point in the attempt to understand ourselves and our relation to our world.

Yet if the problems begin with Descartes, so too may some of the solutions. John Cottingham’s fascinating guide finds in the French philosopher’s own neglected later work some intriguing hints as to how the stumbling-blocks might be surmounted. The father of modern philosophy, it seems, might yet be his child’s deliverer.
Next Page