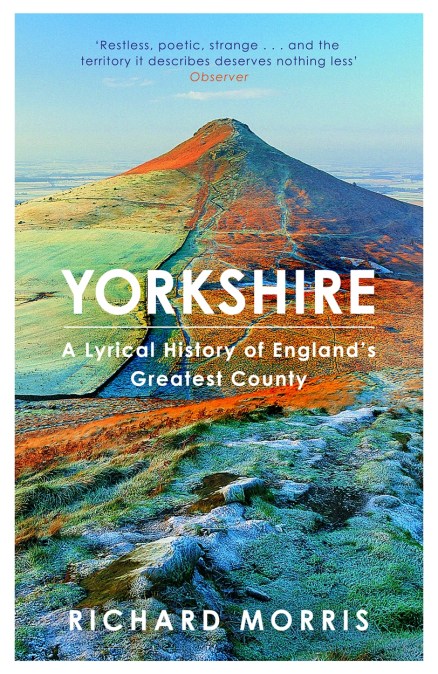 by Richard Morris
Yorkshire is ‘a continent unto itself’, a region where mountain, plain, coast, downs, fen and heath lie close. By weaving history, family stories, travelogue and ecology, Richard Morris reveals how Yorkshire took shape as a landscape and in literature, legend and popular regard. The result is a fascinating and wide-ranging meditation on Yorkshire and Yorkshireness, told through the prism of the region’s most extraordinary people and places. 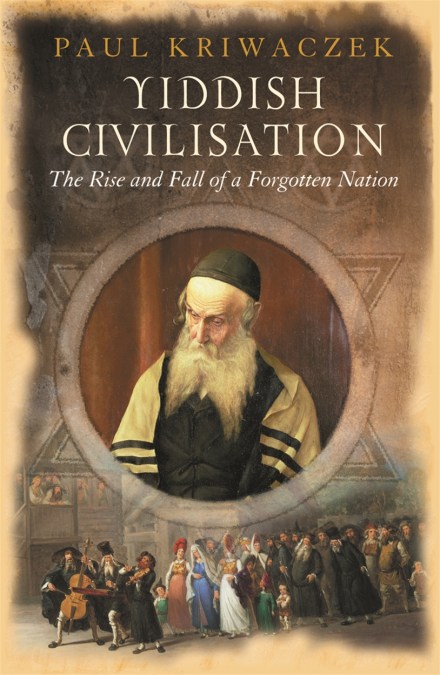 In the 13th century Yiddish language and culture began to spread from the Rhineland and Bavaria slowly east into Austria, Bohemia and Moravia, then to Poland and Lithuania and finally to western Russia and the Ukraine, becoming steadily less German and more Slav in the process. In its late-medieval heyday the culturally vibrant, economically successful, intellectually adventurous and largely self-ruling Yiddish society stretched from Riga on the Baltic down to Odessa on the Black Sea.

In the 1650s the Chmielnicki Massacres in the Ukraine by the Cossacks killed 100,000 Jews, forcing those that were left to spread out into the small towns (shtetls) and villages. The break-up of Poland-Lithuania – a safe haven for Jews in previous centuries – in the late 18th century further disrupted Yiddish society, as did the Russian anti-Jewish pogroms from the 1880s onwards, at the very time when Yiddish was producing a rich stream of plays, poems and novels.

Paul Kriwaczek describes the development, over the centuries, of Yiddish language, religion, occupations and social life, art, music and literature. The book ends by describing how the Yiddish way of life became one of the foundation stones of modern American, and therefore of world, culture. 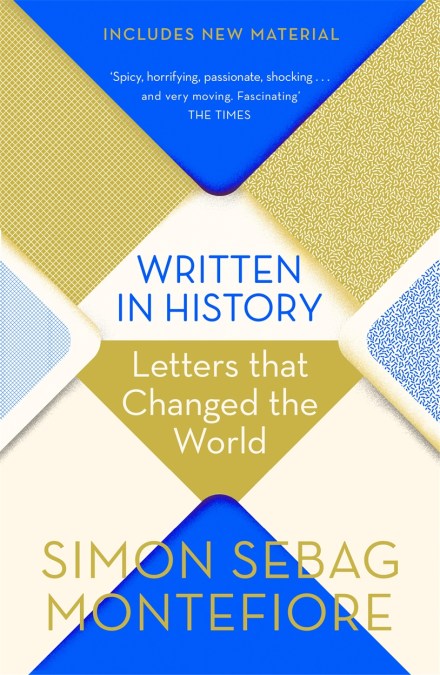 WRITTEN IN HISTORY celebrates the great letters of world history, creative culture and personal life. Acclaimed historian Simon Sebag Montefiore selects over one hundred letters from ancient times to the twenty-first century: some are noble and inspiring, some despicable and unsettling; some are exquisite works of literature, others brutal, coarse and frankly outrageous; many are erotic, others heartbreaking. The writers vary from Elizabeth I, Rameses the Great and Leonard Cohen to Emmeline Pankhurst, Mandela, Stalin, Michelangelo, Suleiman the Magnificent and unknown people in extraordinary circumstances – from love letters to calls for liberation, declarations of war to reflections on death. In the colourful, accessible style of a master storyteller, Montefiore shows why these letters are essential reading: how they enlighten our past, enrich the way we live now – and illuminate tomorrow. 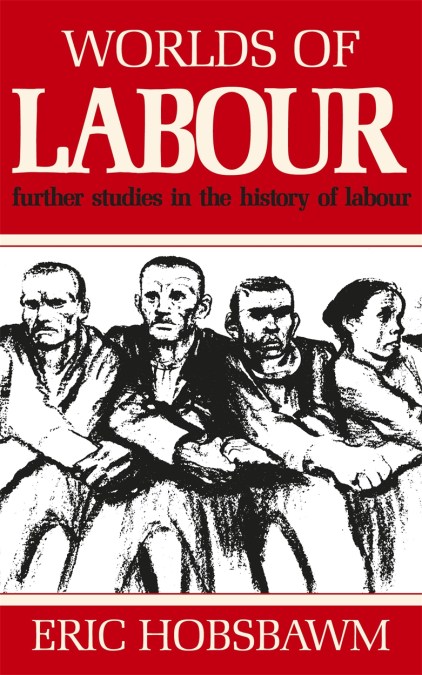 by Eric Hobsbawm
Worlds of Labour is a series of studies that considers the formation and evolution of working classes in the period between the late eighteenth century and the mid-twentieth, scrutinising their ‘consciousness’, ways of life and the movements they generated. The emphasis throughout the study is on the way labour organisations, policies and ideas were rooted in the everyday reality of working-class life. In the process, leading Marxist historian Eric Hobsbawm reveals the daily struggles of working-class militants, many of whom are still unknown to the modern world.

The result is a book that is expansive in scope, but fluent and clear in detail. It will serve as a valuable source of reference to those with an academic interest in the subject, and as an inspiration to those who simply wish to discover the development of working-class movements. 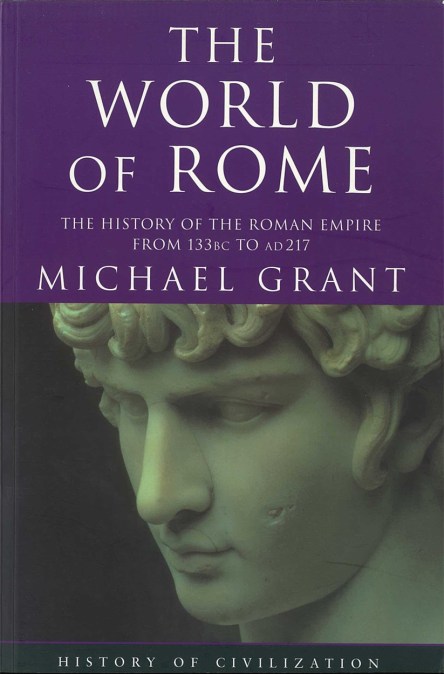 by Michael Grant
An informative and accessible guide to the Roman world.

The Romans changed the Western world and theirs became the first golden age. This is their empire of magnificence and corruption; the republic, the dictators and the slaves; the civilization and the Pax Romana, the brutality and the collapse. 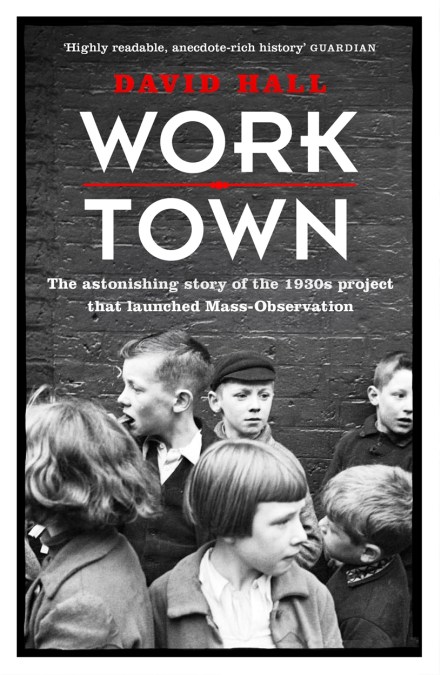 by David Hall
In the late 1930s the Lancashire town of Bolton witnessed a ground-breaking social experiment. Over three years, a team of ninety observers recorded, in painstaking detail, the everyday lives of ordinary working people at work and play – in the pub, dance hall, factory and on holiday. Their aim was to create an ‘anthropology of ourselves’. The first of its kind, it later grew into the Mass Observation movement that proved so crucial to our understanding of public opinion in future generations.

The project attracted a cast of larger-than-life characters, not least its founders, the charismatic and unconventional anthropologist Tom Harrisson and the surrealist intellectuals Charles Madge and Humphrey Jennings. They were joined by a disparate band of men and women – students, artists, writers and photographers, unemployed workers and local volunteers – who worked tirelessly to turn the idle pleasure of people-watching into a science.

Drawing on their vivid reports, photographs and first-hand sources, David Hall relates the extraordinary story of this eccentric, short-lived, but hugely influential project. Along the way, he creates a richly detailed, fascinating portrait of a lost chapter of British social history, and of the life of an industrial northern town before the world changed for ever. 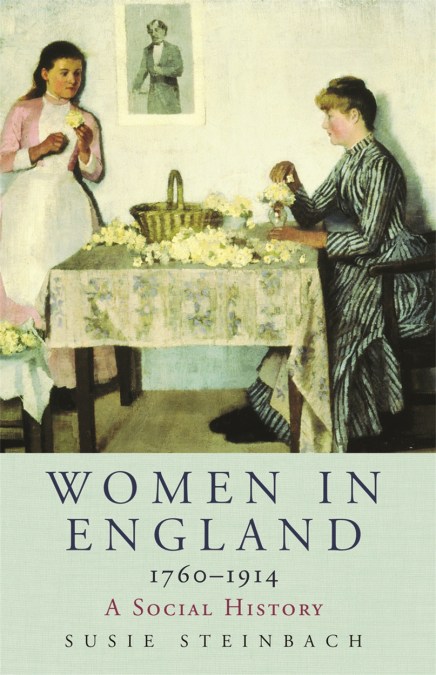 Using diaries, letters, memoirs as well as social and statistical research, this book looks at life-expectancy, sex, marriage and childbirth, and work inside and outside the home, for all classes of women. It charts the poverty and struggles of the working class as well as the leadership roles of middle-class and elite women. It considers the influence of religion, education, and politics, especially the advent of organised feminism and the suffragette movement. It looks, too, at the huge role played by women in the British Empire: how imperialism shaped English women’s lives and how women also moulded the Empire. 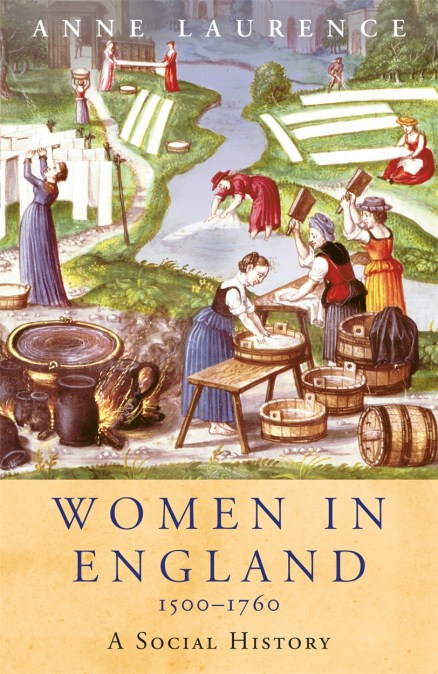 by Anne Laurence
Drawing on a wide range of recent research, WOMEN IN ENGLAND is an intimate social history of women who experienced life between the Reformation and the Industrial Revolution.

Anne Laurence writes about marriage, sex, childbirth, work within and outside the household, education, religion and women’s activity in the community and the wider world.

‘A marvellously rich and fresh survey of English women from the Reformation to the dawn of the Industrial Revolution’ Roy Porter, The Sunday Times 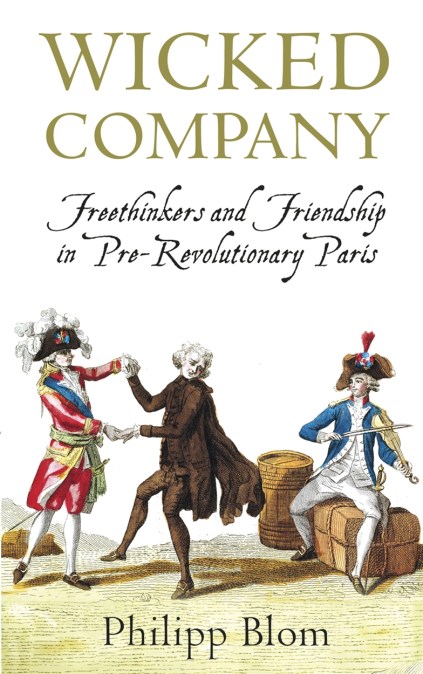 From the 1750s to the 1770s, the Paris salon of Baron d’Holbach was an epicenter of debate, intellectual daring and revolutionary ideas, uniting around one table vivid personalities from Denis Diderot, Adam Smith, Benjamin Franklin, the radical ex-priest Guillaume Raynal, the Italian Count Beccaria and Jean-Jacques Rousseau, who later turned against his friends.

It was a moment of astonishing racicalism in European thought, so uncompromising and bold that it was viciously opposed by rival philosophers such as Voltaire and the turncoat Rousseau, and finally suppressed by Robespierre and his Revolutionary henchmen.

In Wicked Company, acclaimed historian Philipp Blom retraces the fortunes and characters of this exceptional group of friends and brings to life their startling ideas, largely forgotten by historians. Brilliant minds full of wit, courage and humanity, their thinking created a different and radical French Enlightenment based on atheism, passion, empathy and a compellingly insightful perspective on society. Their ideas force us to confront the debates about our own society and its future with new eyes. 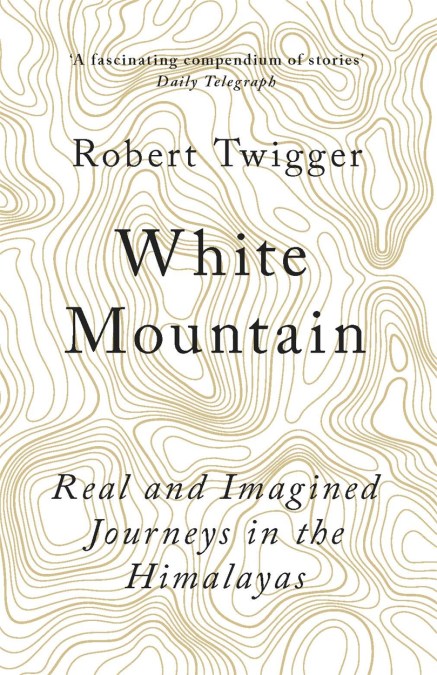 The Himalayas beckon and we go … Some to make real journeys and others to make imaginary ones. These mountains, home to Buddhists, Bonpos, Jains, Muslims, Hindus, shamans and animists, to name only a few, are a place of pilgrimage and dreams, revelation and war, massacre and invasion, but also peace and unutterable calm.

In an exploration of the region’s seismic history, Robert Twigger unravels some of these real and invented journeys and the unexpected links between them. Following a meandering path across the Himalayas to its physical end in Nagaland on the Indian-Burmese border, Twigger encounters incredible stories from a unique cast of mountaineers and mystics, pundits and prophets. The result is a sweeping, enthralling and surprising journey through the history of the world’s greatest mountain range. 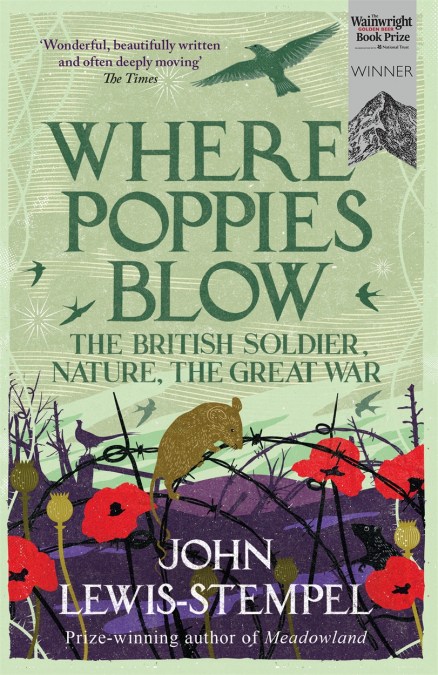 ‘If it weren’t for the birds, what a hell it would be.’

During the Great War, soldiers lived inside the ground, closer to nature than many humans had lived for centuries. Animals provided comfort and interest to fill the blank hours in the trenches – bird-watching, for instance, was probably the single most popular hobby among officers. Soldiers went fishing in flooded shell holes, shot hares in no-man’s land for the pot, and planted gardens in their trenches and billets. Nature was also sometimes a curse – rats, spiders and lice abounded, and disease could be biblical.

But above all, nature healed, and, despite the bullets and blood, it inspired men to endure. Where Poppies Blow is the unique story of how nature gave the British soldiers of the Great War a reason to fight, and the will to go on. 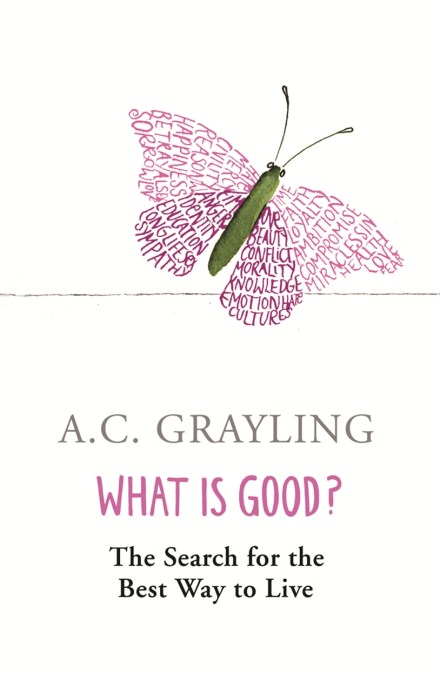 by A.C. Grayling
A.C. Grayling answers the most important question – How do we live a good life?

One of the most fundamental questions in our life is to find out what we value – what principles we want to live by and which codes we will use to guide our behaviour. Most of us want to live a good life. But what, in today’s secular society, does ‘good’ actually mean?

To classical Greeks, the acquisition of knowledge, the enjoyment of the senses, creativity and beauty were all aspects of life to strive for. Then came the volcanic declarations of St Paul and his fundamentalist ideas on sin and human nature. In WHAT IS GOOD?, A.C. Grayling examines these and other proposals on how to live a good life, from the ‘heroic’ ideals of the Greek poets to Kant’s theories on freedom and the UN Declaration on Human Rights.
Next Page