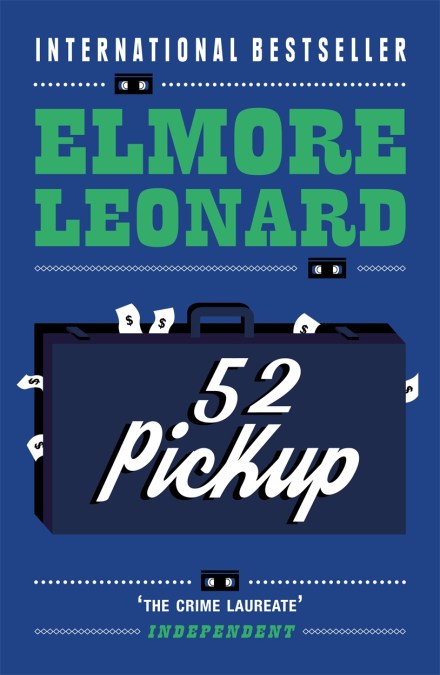 by Elmore Leonard
From the bestselling author of GET SHORTY and JACKIE BROWN a thriller spiced with blackmail and revenge.

Detroit businessman Harry Mitchell is a self-made man, happily married for over twenty-two years and a pillar of the community. But then he slips – he meets a young ‘model’ and begins an affair. One night he arrives at his girlfriend’s apartment and finds more than he bargained for. Two masked men have caught his misdemeanours on camera and now they want a cool hundred grand. But they’ve picked the wrong man, because Harry Mitchell doesn’t get mad – he gets even. 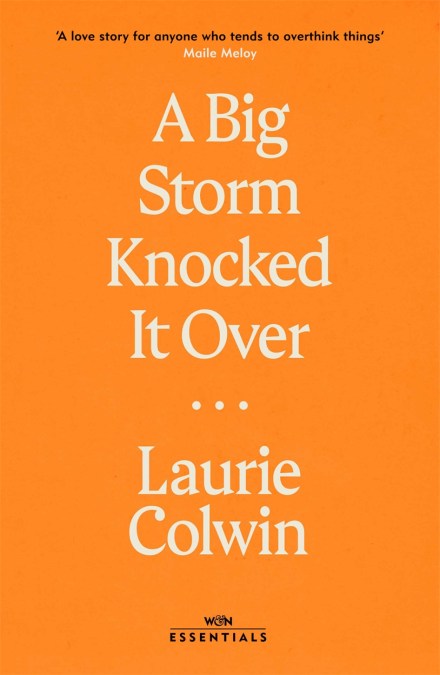 A Big Storm Knocked it Over

by Laurie Colwin
In her fifth and final novel, acclaimed author Laurie Colwin explores marriage and friendship, motherhood and careers, as experienced by a cast of delightfully idiosyncratic Manhattanites. At once a hilarious social commentary and an insightful, sophisticated modern romance, A Big Storm Knocked It Over stands as a living tribute to one of contemporary fiction’s most original voices. 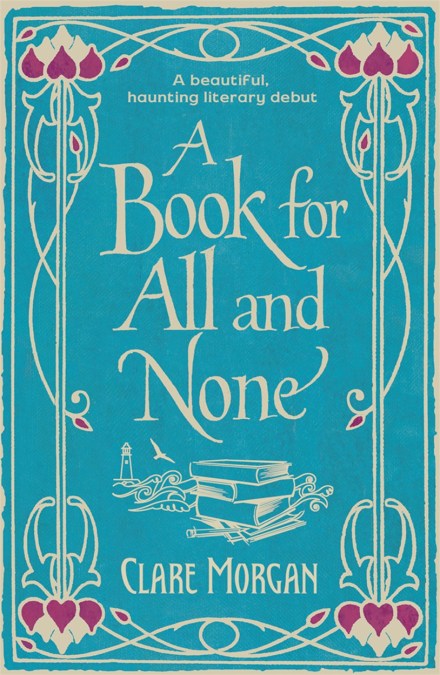 A Book for All and None

by Clare Morgan
A beautiful, haunting literary debut from an extraordinary talent and future prize-winner.

One crisp, clear day, across a cobbled Oxford street, Raymond Greatorex catches sight of Beatrice Kopus. Raymond, a brilliant but ageing don whose specialty is Nietzsche, has withdrawn into a lonely world of scholarship. Beatrice is in Oxford researching Virginia Woolf, and distancing herself from her husband, Walter. When Beatrice reappears in Raymond’s life, they embark on a love affair.

Beatrice becomes convinced of a link between Friedrich Nietzsche, Louise von Salomé – the young Russian émigré who bewitched him – and Virginia Woolf. As Walter faces ruin in his glittering career, Beatrice and Raymond seek refuge in the past. Stories of Nietzsche’s madness and his obsession with von Salomé become intertwined with those of Raymond’s ancestors, and their beautiful, crumbling home on the Welsh borders.

But there are even greater mysteries linking the past to the present, and in their quest to find one set of answers, Beatrice and Raymond stand to uncover a secret that will profoundly change their understanding of who they really are. 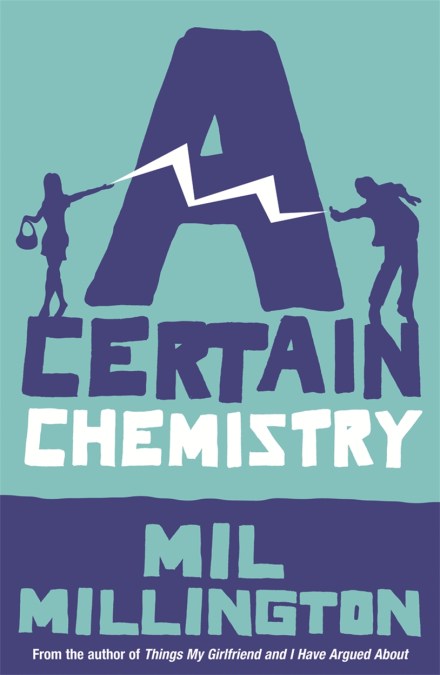 by Mil Millington
Is this love or just oxytocin? The brilliant second novel by the bestselling author of Things my Girlfriend and I Have Argued About

Tom Cartwright is a ghost-writer: eking out a living in Edinburgh, he is always ready to assumethe persona of a struggling working mother-of-four, or a round-the-world yachtsman, or a ‘sensual’ aromatherapist – indeed anyone his agent asks him to be, so long as it brings in money. When he is offered the highly lucrative task of ghosting the autobiography of glamorous young soap star Georgina Nye, he and his girlfriend Sara are thrilled: Sara is a big fan of George’s and Tom will finally be able to afford some new carpets for their house.

But soon things go awry when Tom finds himself drawn to George by forces outside his control (even though they are inside his own body). Does his relationship with Sara stand a chance in the face of this explosion of chemistry? Is this love or just oxytocin – and is there a difference? 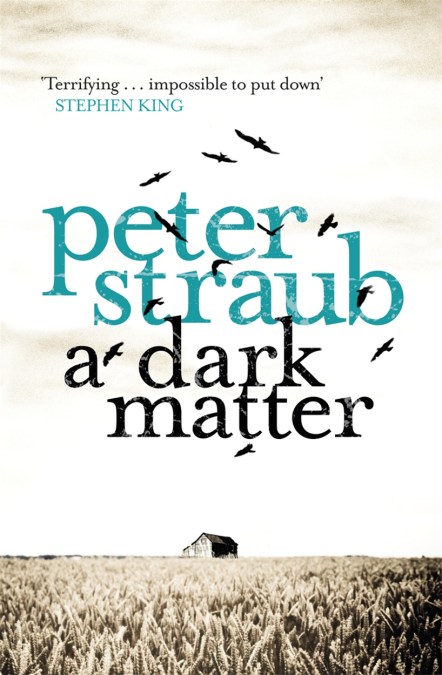 by Peter Straub
Forty years ago, Spenser Mallon led a group of young students to witness a brutal, ritual murder. The survivors never recovered. Now, it seems, he’s back…

It is the 1960s and the charismatic and cunning Spenser Mallon is a campus guru, attracting the devotion and demanding sexual favours of his young acolytes. After he invites his most fervent followers to attend a secret ritual in a local meadow, the only thing that remains is a gruesomely dismembered body – and the shattered souls of all who were present.

Years later, one man attempts to understand what happened to his wife and his friends by writing a book about this horrible night, and it’s through this process that they begin to examine the unspeakable events that have bound them in ways they cannot fathom, but that have haunted every one of them throughout their lives. As each of the old friends tries to come to grips with the darkness of the past, they find themselves face to face with the evil triggered so many years earlier… 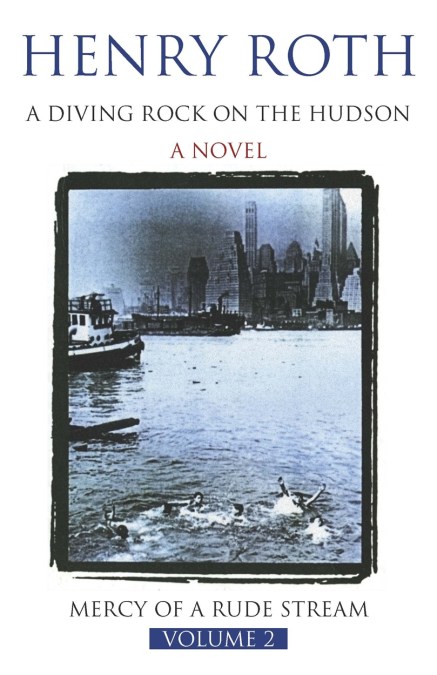 A Diving Rock on The Hudson

Sixty years after the publication of his great modernist masterpiece, Call It Sleep, Henry Roth returned with Mercy of a Rude Stream – a sequence of four internationally-acclaimed epic novels of immigrant life in early-twentieth century New York.

The second novel in the internationally acclaimed six-volume sequence which began with MERCY OF A RUDE STREAM. Ira Stigman, now an adolescent in 1920s New York, is on the rack. All his friends seem to be paragons of achievement and sophistication, while his own life bears the taint of an impoverished immigrant background. Work on the trolleycars and selling soda at Yankee Stadium introduces him to an underworld of corruption and petty thieving, and all his choices seem to be the wrong ones. Worst of all, within his own family exists a temptation so dark that it has corroded Ira’s very soul. A DIVING ROCK ON THE HUDSON is fearless in its depiction of a young man in the lower depths, yet in its glimpses of redemption it offers hope with the power of literature as a force for comprehension and forgiveness.
‘The literary comeback of the century’ Vanity Fair

‘A dynamic and moving event . . . a stirring portrait of a vanished culture . . . a poignant chapter in the life-drama of a unique American writer’ Newsweek

‘Although it is sixty years since a new novel by Mr Roth last hit the bookshelves, it has been worth the wait’ The Economist

‘A precision of detail which brings the sounds from the tenements, the heat of the sidewalk steaming off the pages’ Sunday Express

Mercy of a Rude Stream: The Complete Novels includes
1) A Star Shines Over Mt. Morris Park
2) A Diving Rock on the Hudson
3) From Bondage
4) Requiem for Harlem. 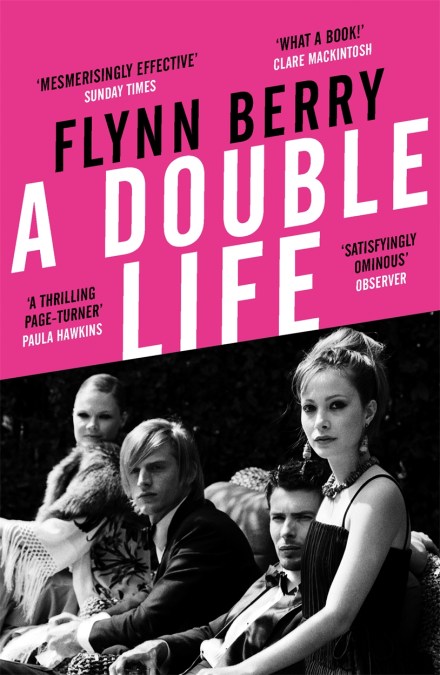 Who is Claire’s father? 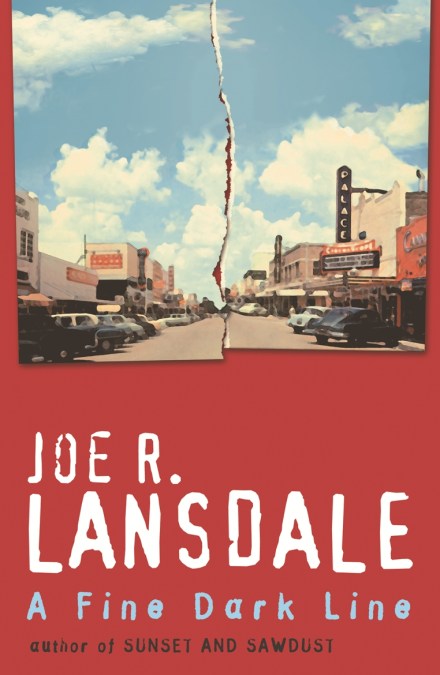 It is the summer of 1958 in Dewmont, Texas, a town the great American postwar boom passed by. The kids listen to rockabilly on the radio and waste their weekends at the Dairy Queen. And an undetected menace simmers under the heat that clings to the skin like molasses. . .

For thirteen-year-old Stanley Mitchell, the end of innocence comes with his discovery of the mysterious long-ago demise of two very different young women. In his quest to unravel the truth about their tragic fates, Stanley finds a protector in Buster Lighthorse Smith, a black, retired Indian-reservation cop and a sage on the finer points of Sherlock Holmes, the blues, and life’s faded dreams.

But not every buried thing stays dead. And on one terrifying night of rushing creek water and thundering rain, an arcane, murderous force will rise from the past to threaten the Stanley and everything he holds dear.
Vintage Lansdale, A FINE DARK LINE brims with exquisite suspense, powerful characterizations, and the vibrant evocation of a lost time. 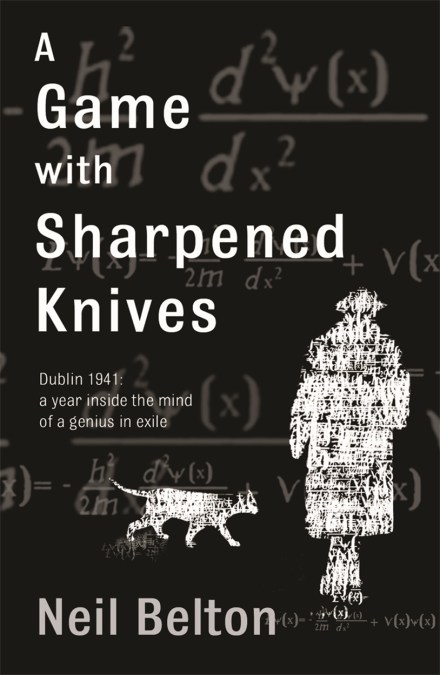 A Game with Sharpened Knives

by Neil Belton
‘This is a text you will remember for years…austere, authoritative fiction, a fine and melancholy novel, its poignant insights shimmering’ Hilary Mantel, Literary Review

‘Neil Belton’s first novel is an improbable masterpiece. It is improbable because it requires the reader to imagine what it is like to be a scientific genius. It is a masterpiece because he pulls it off’ EVENING STANDARD

The reviews have been simply stunning for this debut novel set in Ireland in 1941. Nobel prize-winning physicist Erwin Schrodinger was forced to flee Austria in 1933 after the Nazis invaded but was saved from disgrace and danger when the revolutionary Irish leader, Eamon de Valera, invited him to Ireland. The novel is set against the background of a country not truly at peace, either with Germany, or with its neighbour across the Irish Sea. Erwin Schrodinger, cosmopolitan intellectual and emotional enigma, is living in cramped exile on the outskirts of Dublin, with his wife, his lover, and their child. But in the pervading atmosphere of fear and distrust, Schrodinger lives a precarious existence, haunted by his past and by mysterious threats in the present. 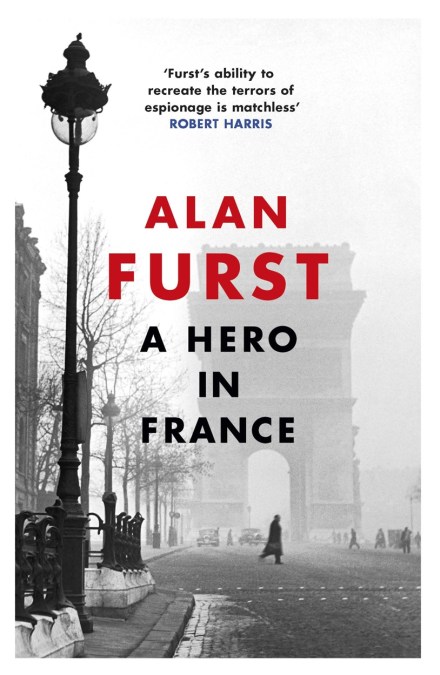 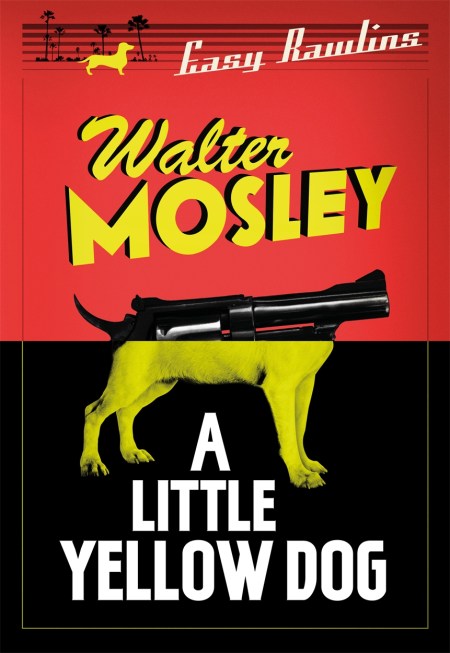 by Walter Mosley
November 1963: Easy’s settled into a steady gig as a school custodian. It’s a quiet, simple existence – but a few moments of ecstasy with a sexy teacher will change all that. When the lady vanishes, Easy’s stuck with a couple of corpses, the cops on his back, and a little yellow dog who’s nobody’s best friend. With his not-so-simple past snapping at his heels, and with enemies old and new looking to get even, Easy must kiss his careful little life good-bye – and step closer to the edge . . . 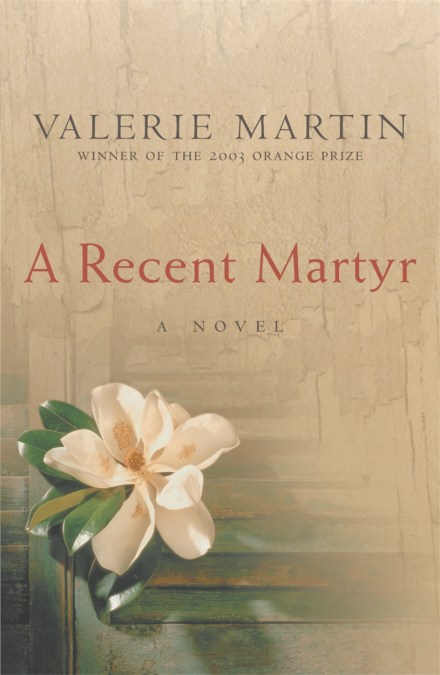 Set in New Orleans, this is a novel about a love triangle. Married mother, Emma Miller, is bored with her husband, her job and her life so she begins a passionate, often violent, affair with Pascal Toussaint, a sadist with whom she becomes obsessed. Pascal, in the meantime, is fixated on a young novice called Claire D’anjou. Claire seems rather cold, is devout to an extreme, and is prone to visions. Pascal’s father describes her as ‘not satisfied with being only mortal’. Emma endures the same sort of self-effacement in her relationship with Paul as Claire does in her struggle towards religious purity. This is all set against the backdrop of a city overrun by rats and awash with a mysterious plague.
Next Page